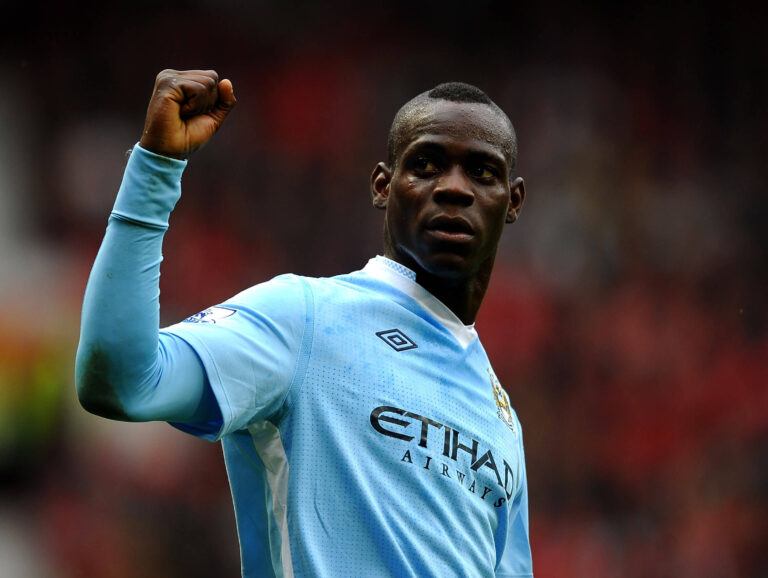 SPORF is continuing its look at the historical winners of football’s Golden Boy award.

There have been 17 winners of the award in total since it was inaugurated in 2003.

Yesterday, we looked at the winners of the award from between 2007 and 2009 – Sergio Aguero, Anderson and Alexandre Pato.

When Mario Balotelli won the Golden Boy award in 2010, he claimed only one previous winner of the award was better than him – Lionel Messi.

A player with plenty of confidence who rarely seemed to be out of the headlines in England, Balotelli at his best was unplayable. He netted 13 goals in just 23 Premier League appearances as Manchester City won the top flight title in dramatic circumstances in 2012. After moving to AC Milan in 2013, he hit 12 goals in just 13 games.

But a move back to England, when he joined Liverpool, didn’t have the required effect. Essentially having to take on the role of Liverpool’s main striker in the midst of Luis Suarez’s departure and Daniel Sturridge’s injury problems, Balotelli scored just one Premier League goal in his only season with the club. He later called the transfer the “worst decision of my life“.

The Italian joined Nice on a free transfer in 2016 and produced some of the finest goalscoring form of his career. He hit 15 goals from 23 games in his first Ligue 1 campaign, before scoring 18 from 28 in his second.

Since then, Balotelli has had spells with Marseille, Brescia and Monza, and currently plays for Adana Demirspor in Turkey.

For many football fans, the standout memory they will have of Mario Gotze is the winning goal in the 2014 World Cup final. Chesting the ball down before volleying it, left-footed, into the back of the net, this was the finest moment of Gotze’s career.

The midfielder had spent three full seasons as a professional with Dortmund, helping them to the Champions League final in the latter.

He moved to Bayern in the summer of 2013 for a fee of €37 million, joining up with the squad for their first season under new manager Pep Guardiola.

The German went on to score 15 goals in all competitions in his first season – a tally he would match in his second season. But his final season at Bayern was more of a struggle, and he returned to Dortmund in the summer of 2016.

Months later, he was ruled out of action definitely due to what the club described as a “metabolic disorder”, later revealed to be a type of chronic muscle inflammation.

He made his return to action in the summer of 2017, and spent a further three seasons with Dortmund before joining PSV Eindhoven, where he has scored five goals in 16 appearances in all competitions this season.

Isco won the Golden Boy award in 2012 whilst part of what turned out to be a golden time period in the history of Malaga CF.

The club qualified for the Champions League for the first time in their history after finishing in fourth place in LaLiga in 2011/12. Isco had signed for the club from fellow top flight side Valencia, and scored five goals in 32 appearances in his first season.

A skilful attacking playmaker, the Spaniard impressed during the 2012/13 season. He scored nine goals in LaLiga and netted three goals in 10 appearances in the Champions League.

Isco departed for Real Madrid in the summer of 2013, where he still plays today. He made 30 or more league appearances in five consecutive seasons, becoming a reliable figure for managers Carlo Ancelotti, Rafael Benitez and Zinedine Zidane.

He has lifted the Champions League trophy on four separate occasions and has made 38 appearances for Spain, scoring 12 goals.