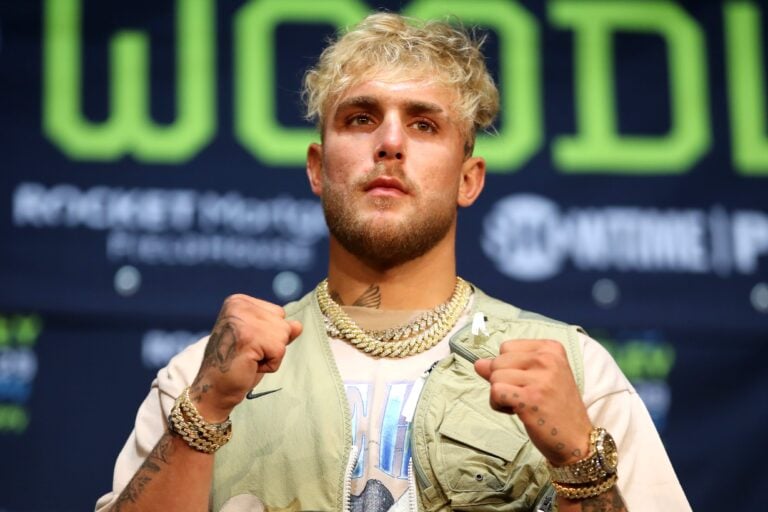 Jake Paul and Tommy Fury are set to finally square off inside the boxing ring on December 18, according to reports.

The Sun have reported that the bout will take place in Miami – the city that hosted Paul’s first professional boxing victory over YouTuber AnEsonGib in January 2020.

Paul has since fought on three other occasions. Most recently, he defeated UFC fighter Tyron Woodley in July.

Fury, meanwhile, fought on the undercard of that fight. He secured victory via unanimous decision over Anthony Taylor in a four-round bout.

After much trash talking and tagging each other across various social media platforms, it looks as if the pair are finally going to take each other on in the ring.

How did the Jake Paul/Tommy Fury rivalry develop?

Tyson Fury called out Jake Paul on social media back in March, referring to a potential future fight between his half-brother and Paul.

The YouTuber then released a series of videos on Instagram in which he tore into Tommy Fury.

Tommy then responded with a social media video of his own. He wore a blonde wig in an attempt to mock his rival.

Speaking in an American accent, he said: “Sorry bro, I didn’t see you there, I was too busy being a massive p****.” That was after Paul had called him a “Ken Barbie doll looking motherf*****”.

You certainly get the idea. Whilst the trash talking has now slowed down, it appears that an actual bout between the pair is set to take place.

The Daily Mirror reports that the fight will be aired on BT Sport in the UK, and on Showtime Boxing in the United States.

Both men go into the fight undefeated in professional boxing. Who will come out on top?