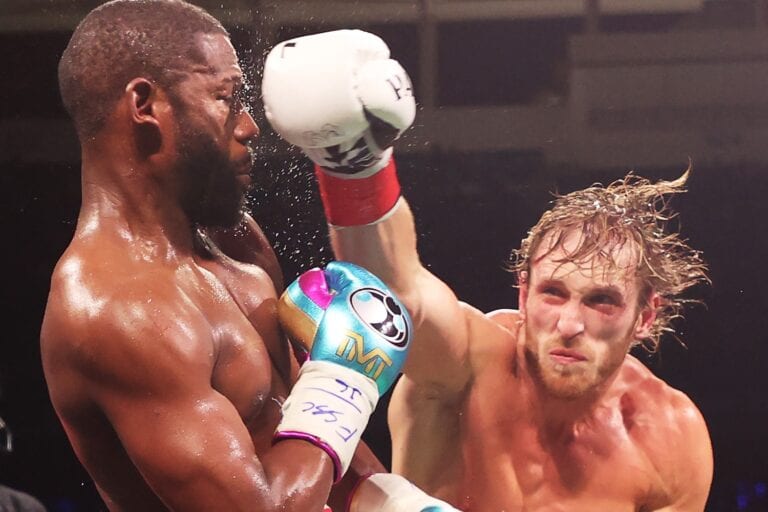 Floyd Mayweather has teased fans and pundits whilst simultaneously revealing that he earned $100 million for his Logan Paul fight.

The 50-0 fighter, who last fought professionally against Conor McGregor in 2017, took part in an eight-round boxing exhibition last month.

He went toe-to-toe with YouTuber turned boxer Logan Paul who, alongside his brother, continues to wind up the masses both in and out of combat sports.

Money lives up to his name

Many fans accused the pair of “hugging” throughout most of the bout with some even suggesting Mayweather went easy on him, probably so that they could go the full eight rounds.

During the post-fight press conference for Gervonta Davis’ big win this past weekend, ‘Money’ decided to have some fun when discussing how much he earned against Paul.

“Am I the best bank robber?” he added, speaking to Mayweather Promotions CEO Leonard Ellerbe. “Because I don’t know nobody in sports that’s my age and can still stick ’em up like that.”

Floyd is undeniably a smart businessman and even if he hasn’t made the kind of money he’s claiming, the fact that they generated over one million PPV buys goes to show how much interest there is in the celebrity boxing market.

Logan’s brother Jake Paul is scheduled to return to the squared circle on August 28 when he faces former UFC welterweight champion Tyron Woodley.