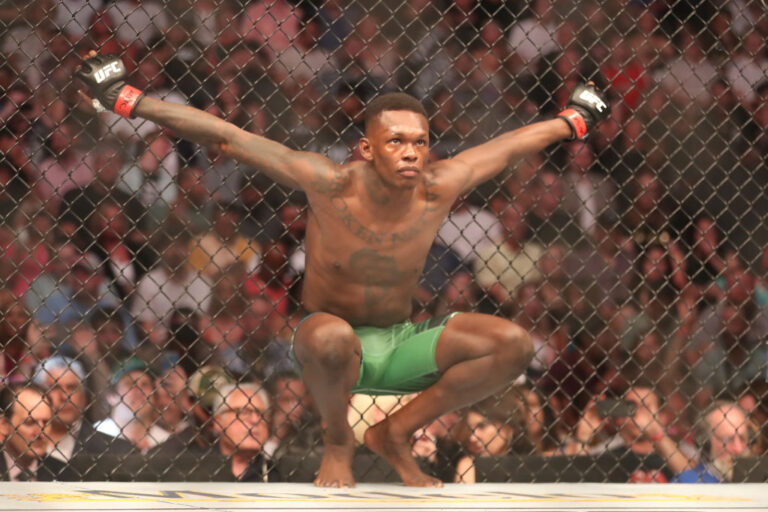 A surprising piece of footage has emerged showing fans exiting UFC 276 before the end of the ‘boring’ Israel Adesanya vs Jared Cannonier headline fight.

The Last Stylebender produced yet another victory to protect his middleweight champion belt – his fifth successful defence. Adesanya felt in control throughout the five rounds, keeping the powerful Cannonier at arm’s length.

He still managed to dish out some punishment to the opponent, landing some swift combinations. As a result, judges awarded Adesanya the win via unanimous decision, scoring it 49-46, 49-46, and 50-45 in the champion’s favour.

However, despite the tactically astute performance, UFC fans were disappointed with the headline fight. Some have even started calling Israel Adesanya ‘boring’. His previous results do little to shake the criticism.

From a purist’s viewpoint, Adesanya is an incredible champion due to his technical ability. But some do not like the manner in which he wins. Some of his previous fights have lacked excitement for the more casual fans. For instance, Adesanya’s last three matches have now gone the distance, as he won them all via the judges’ scorecards.

At UFC 276, people in attendance had seen enough.

Severe MMA’s Sean Sheehan shared a video of fans streaming out of the T-Mobile Arena in Las Vegas before the end of UFC 276. In the caption, he states that members of the crowd are leaving before the fifth and final round of Adesanya-Cannonier.

To make matters worse, Fox Sports AU reported instances of booing coming from the crowd. Although aimed at both fighters, Adesanya bore the brunt of the criticism on the night regarding the fight.

Even Hollywood felt underwhelmed at the middleweight title battle. Actor Chris Pratt shared his views on the ESPN+ post-fight show.

“I’m gonna say this as humbly as I can, as a guy who never stepped in the octagon,” clarified the Avengers star, via Bloodyelbow.com. “I don’t know this game. I’m just an actor. But I’m not a fan, man. I’m not a fan of coming out, all that talk, and then just kind of putting on a little bit of pitter-patter.

In the ever-opinionated firepit that is Reddit, UFC fans branded Israel Adesanya as boring on many occasions. Some could not help but think back to times when The Last Stylebender entertained viewers.

“The Gastelum fight programmed us to think every Adesanya fight would be like that, and we get burned every time,” wrote one user.

Israel Adesanya defeated Kelvin Gastelum in an incredible battle back in 2019. The amazing back-and-forth contest actually won that year’s UFC fight of the year crown. Unfortunately, that gave casuals the impression that Adesanya would fight in such a gung-ho manner every time he stepped into the octagon.

Additionally, fans expressed their lack of interest due to Adesanya’s tactics in his win last weekend.

“The only good thing about Izzy’s [Adesanya] fights are the entrances lol I fell asleep during the 4th [round],” joked a Redditor.

“[Israel] Adesanya just routinely puts on boring fights,” bemoaned one fan. “Every second fight is a regretful watch. He’ll never be the superstar he claims to be as long as this continues.”

Following his win, Adesanya called out middleweight challenger Alex Pereira – to whom he has lost twice in kickboxing. Should the pair lock horns, maybe the prospect of revenge will make Adesanya fight with a more aggressive game plan.

Francis Ngannou set for big return to UFC in January