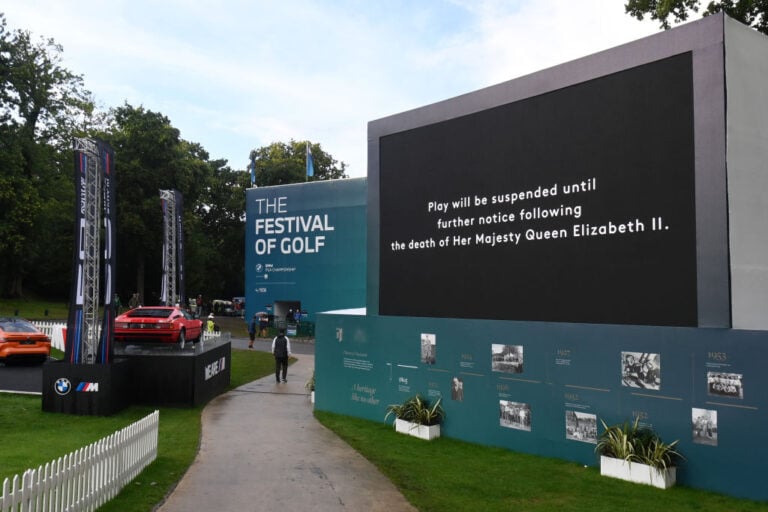 Several high-profile sporting events will no longer go ahead today due to the passing of Queen Elizabeth II.

On September 8, the Royal Family confirmed that Britain’s longest-reigning monarch died peacefully at her beloved Balmoral.

King Charles III paid tribute to his mother in a statement.

“The death of my beloved Mother, Her Majesty The Queen, is a moment of the greatest sadness for me and all members of my family. We mourn profoundly the passing of a cherished Sovereign and a much-loved Mother. I know people will mourn her loss throughout the country, the Realms and the Commonwealth, and by countless people around the world.

“During this period of mourning and change, my family and I will be comforted and sustained by our knowledge of the respect and deep affection in which The Queen was so widely held.”

Will sporting events be postponed?

Governing bodies and event organisers are deliberating over the best course of action. It will soon be decided which scheduled events will, or won’t, go ahead. Consequently, Premier League fixtures (UPDATE: All Premier League matches for this weekend have now been postponed) and the boxing match between Claressa Shields and Savannah Marshall hang in the balance.

However, The British Horseracing Authority confirmed that meetings arranged for Friday – including the third day of the St Leger meeting at Doncaster – won’t take place.

In addition, the EFL will have no fixtures tonight, along with PL2. The second day of the third Test between England and South Africa is also postponed. Furthermore, the ongoing BMW PGA Championship will not continue today.

The European Tour confirmed the news in a statement: “Out of respect for Her Majesty and the Royal Family, we have suspended play at the BMW PGA Championship at Wentworth Club for the remainder of Thursday. We will lower Flags at Wentworth Club to half-mast.

“Furthermore, no play will take place at the BMW PGA Championship on Friday. Further updates on the resumption of play will be provided in due course.”