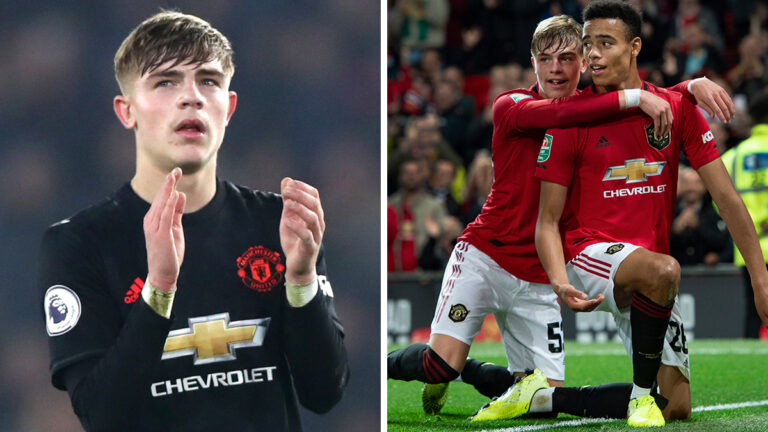 Things are bleak at Old Trafford, and they have been pretty much since the moment Sir Alex called time on his illustrious career and asked us to back David Moyes.

High points have been few and far between and there’s not been much for fans to feel optimistic about. Sure there was the Europa league and that night in Paris – but both already feel like a lifetime ago.

Ask most United fans, their main issue isn’t with the lack of quality, it’s what seems like a complete lack of fight within the squad. Time and time again, they’ve watched this side roll over to bottom-half teams, something far more unforgivable than simply not playing well.

Since Herrera parted ways with the club, there’s been a very noticeable lack of sh*thousery in the ranks. His departure was felt harder than most purely because it felt like he was one of the few to “get it”. Ander was never going to set the world alight but his will to win resonated with fans.

In the golden days of the Ferguson era, that will to win was central to everything that happened at the club, be it on the pitch or behind the scenes. United have felt painfully far away from that in recent years.

This season has finally offered some glimmers of positivity though. Rashford has been in the form of his life, despite living off service from a distinctly average midfield and Aaron Wan-Bissaka has been a revelation at right back.

On the opposite side of that defence, United may have unearthed another unlikely gem. Thanks to Luke Shaw’s ongoing fitness struggles and Ashley Young’s departure, Solksjaer has again turned to youth.

In Brandon Williams, it seems the club has finally found another that can be a bit of a bastard. A skill that shouldn’t be overlooked in football.

After the 19-year-old’s debut, his disciplinary record at youth-level received plenty of attention – now with a string of first team appearances under his belt, it’s quite easy to see why.

While it is, of course, extremely early days – that aggression has been backed up by quality so far. If there’s one way to endear yourself to the Old Trafford faithful, it’s working hard for 90 minutes, if you can do that while posing a threat, then you will almost definitely have the fans on your side. So far, Brandon Williams firmly has the fans on his side.

I like Brandon Williams. What I like about him specifically is he has that look in his eye of someone that would eat his opponents nose to win the match. Keep going kid! Oh he can play football to which is always a bonus ??

Williams’ lack of fear, be it bombing forward to support attacks or launching himself into last-ditch tackles is undoubtedly going to be a blessing and a curse, particularly in these early years. Managing that temperament is going to be essential in his development, but the initial signs are nothing but positive.

With the right guidance, United could have a very strong, long-term solution to a long-time problem in the squad. Slotting into a much more solid back four, the thought of Wan-Bissaka and Williams at either end suggests a clear step in the right direction.