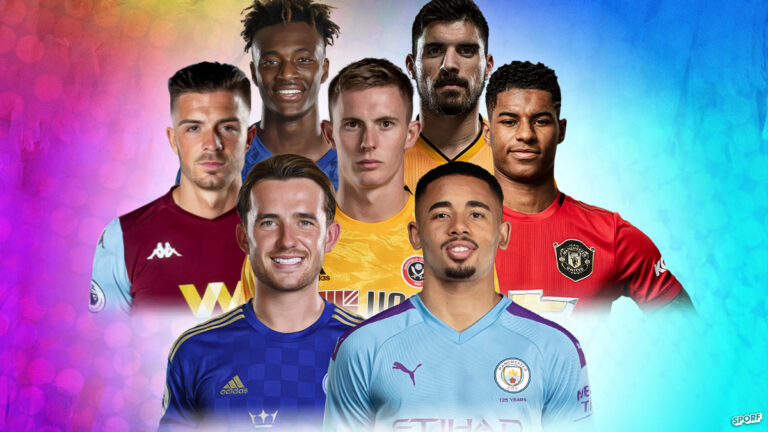 Second to that, unearthing a hidden gem before they hit their prime comes with its own bragging rights. Flash your mind back to an 18-year-old Cristiano Ronaldo at United.

Right now the Premier League boasts an abundance of young talent, a large chunk of whom are homegrown names. FFP regulations have put the onus on clubs to breed young players through their ranks, which is great news for the national team.

Using only players under the age of 25, we’ve built our strongest starting eleven. As well as individual talent, we’ve tried to build a team that is as balanced as possible.

While the on-loan United keeper is by no means the finished article, Henderson has definitely shown enough to suggest he has a bright future ahead of him.

His parent club will be hoping Henderson continues to hone his skills to a point where he is ready face the tough task of replacing David De Gea.

Trent has been integral to Liverpool’s dominance this year, his ability on the ball is outstanding for someone so young and someone who is also a right back.

There’s no denying the question marks over his defensive capabilities but he has plenty of time on his side to improve that side of his game.

After his injury struggles, Gomez has cemented himself back in Liverpool’s starting lineup thanks to a string of consistent and classy performances.

Gomez couldn’t ask for a better teacher than Van Dijk and the Dutchman has clearly had an influence on the 22-year-old.

When Leicester lost Maguire, you’d have been forgiven for fearing the worst for their back line. That couldn’t have been further from the truth though.

Çağlar Söyüncü has been a revelation in the premier league, cutting a rock solid figure who is surely one of the signings of the season.

A major factor in Leicester’s strong showing this season, Chilwell’s attacking threat has proved a vital part in his team’s setup.

His standout performances have all-but-secured his place as England’s first choice left back heading into the Euros.

You’d be hard-pressed to find a player with a highlight reel quite like Rúben Neves and since stepping up to the Premier League, he has only added to that.

The Wolves midfielder’s solidity, combined with an incredible eye for goal makes him a shoe-in for a holding role in the side.

Maddison has enjoyed an incredible couple of years, earning his first England call-up and becoming one of the most in-demand players in the league.

His intelligence on and off the ball, combined with a genuine creative spark has gifted Leicester a truly effective number ten – a rarity in English football.

A different kind of attacking midfielder, Grealish’s ability to carry the ball past players and dictate has made the Villa man another being touted for a big money move.

It feels like Grealish will always be a player to split opinion, however there’s no doubting his character on the pitch, never shying away despite consistently being the most fouled player on the pitch.

Despite him enjoying his most prolific season, it still feels like Rashford doesn’t always get the credit he deserves because of United’s struggles.

Cementing that left attacking role as his own, Old Trafford finally has something to be excited about in an extremely bleak era in the club’s history. The numbers the 22-year-old is racking up puts him in the company of Europe’s elite.

It feels like this young Chelsea side are building something quite special under Frank Lampard and Tammy Abraham is most definitely at the forefront of that.

For a 22-year-old, Abraham is years ahead in his development, putting in performances of a far more experienced striker and boasting an incredibly well-rounded skill set.

Replacing Sergio Aguero was always going to be an impossible task for Manchester City, though Grabiel Jesus isn’t the worst person to turn to.

While we won’t see Jesus hit his full potential until Auguero moves on, he’s already showing enough potential to be a long-term solution for his club, grasping the chances he does get with both hands.