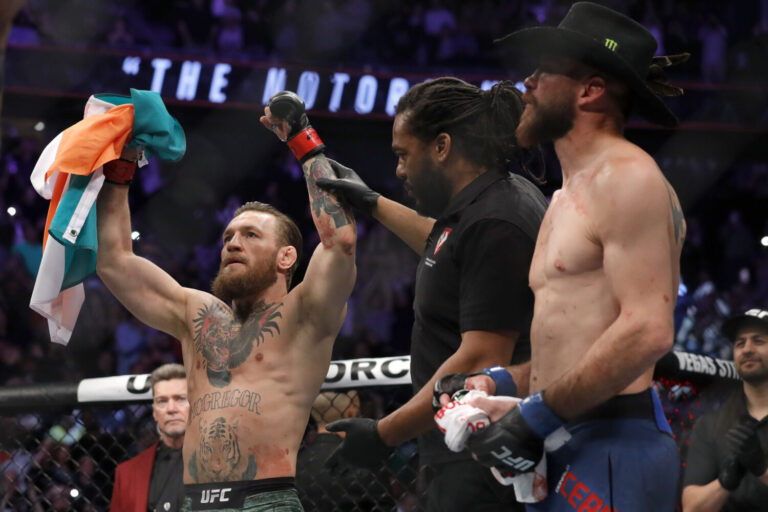 A new real-time scoring method could change the future of MMA forever, should it undergo a successful trial by the Kansas Athletic Commission.

Starting March 1, the KAC will allow promoters the option for real-time scoring – a shift which will come as extremely welcome news to many fight fans.

Speaking to ESPN, Kansas boxing commissioner Adam Roorbach laid out what changes could look like.

After each round, the score of the fight will be shared publicly, with each fighters’ corners learning results on a round-by-round basis.

“I come from outside of the combat sports world,” Roorbach said. “But I’ve been a sports fan my whole life. It always mystifies me why the fighters and fans don’t know what the score is until the end. No one has ever given me a good explanation as to why.”

Invicta FC will be the first promotion to trial the new scoring method on March 6.

Allowing fighters to know how they are fairing after each round could drastically change their approach. The news comes after Jon Jones’ controversial points victory over Dominick Reyes, a fight which many felt Reyes had done enough to win.

Speaking afterwards, Reyes said he thought he had taken the first two rounds and that he would have preferred to know the score in real time.

However this method has been put before the UFC before and quickly shot down. With most big events taking place in Vegas, the Nevada State Athletic Commission would have to agree to any changes – which is unlikely right now.

NSAC executive director Bob Bennet isn’t in favour of the method, questioning how it may affect the performance of fighters.

Bennet did leave the door open for potential changes in the future though, insisting that any kind of change should be made through the Association of Boxing Commissions and Combative Sports, which oversees the unified rules of MMA and athletic commissions.

“I can assure you that the Nevada State Athletic Commission is flexible, adaptable and open to new ideas,” Bennett told ESPN.

“But this is not something that you just change overnight. This is something you sit down and methodically and logically talk about. Does this idea have in mind the health and safety of fighters and best interests of the sport?”

While it’s clear no widespread changes will be made any time soon, we could begin to see different commissions begin to adopt the new scoring format.