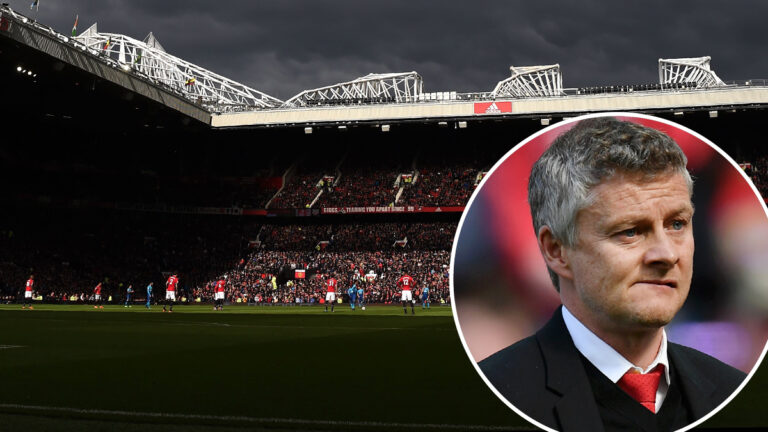 Ten years ago, it would have been near-impossible to imagine how bad things have gotten at Old Trafford.

A series of poor transfer decisions and a distinct lack of direction or character have left the club in a dire state, with any kind of return to prominence seemingly still miles out of reach.

Success in English football comes in waves. Liverpool’s dominance of the 70s and 80s quickly faded into nothingness, with them only re-emerging as a powerhouse now. It feels eerily like Manchester United are entering a similar era of mediocrity.

After chopping and changing managers, an ex-player now helms one of the biggest clubs in world football, despite a managerial resume that is nothing to shout about. The honeymoon period has run out for Solskjaer and that night in Paris? Nothing but a distant memory.

Whether or not you’re on-board with Ole’s appointment, there’s no two ways about it – the problems run far deeper than the man stood on the sideline. When ex-players are openly criticising how the club is run, something is rotten.

When Sir Alex departed it seems he took with him any kind of plans for the future, along with David Gill, whose importance went unnoticed until Ed Woodward took over.

Woodward poses a different kind of issue to other club’s head honchos. Spending money has never been a problem, where it’s spent? That’s a whole different matter – one that the club has gotten wrong time and time again.

In fact, this year is the first since the good ol’ days, that our signings have brought some much-needed positivity. That’s only highlighted how bad previous business has been though. How can it take the Manchester United the best part of a decade to replace Gary Neville?

Hiring a Director of Football seems such a logical and fairly straightforward first step. We’ve seen the impact it can have in transforming clubs. From Giuseppe Marotta’s incredible-value signings at Juventus to Michael Zorc’s groundbreaking work at Borussia Dortmund – introducing a DoF should be a no-brainer.

We keep hearing about how we’re in a “rebuilding stage” but without someone to focus that vision, there will be this constant scenario of one step forward, two steps back.

Stepping away from behind-the-scenes and onto the pitch, there’s one area that desperately needs addressing. The sheer lack of creativity at times is so non-existent it becomes funny. Only it’s not funny, it’s mind-numbing and has ruined more weekends than I care to remember.

The lack of a real number ten has dealt a disastrous blow to us, this season more than ever. That inability to break mid-to-lower-table teams down has become a running theme. Beating City and Tottenham becomes redundant when you draw with Everton and lose 2-0 to Watford a couple of weeks later.

There’s only so many times we can watch Harry Maguire carry a ball 50 yards, only to be greeted by an eight-deep defensive line and turning back.

Pogba is more than capable of slotting in, though is unlikely ever going to be a reliable option. With two ready-made figures in the form of James Maddison and Jack Grealish flourishing, either seems like a sensible investment. Drop any decent attacking mid behind that front three, and fortunes could quickly change.

Bruno Fernandes is a more-than-welcome addition to the squad, though whether he can play as a natural number 10 remains to be seen.

Bolstering that front three wouldn’t be the worst idea either. As good as he can be, Martial’s fitness record leaves a lot to be desired and Dan James is clearly being burnt out.

A right forward, that can double up as a number 10 would be a canny addition. It’s no secret that Jadon Sancho probably isn’t going to remain at Dortmund come the summer and the club should be doing everything they can to get that signing over the line.

Another solid centre mid would be a welcome addition too. McTominay has become the first name on the team sheet and when he’s out that midfield is badly exposed. Fred has come on some way but him sitting alongside Perreira is no better than any mid-table club.

Atlético Madrid boast two extremely appealing targets for that department, though neither is going to come cheap. Saúl Ñíguez and Thomas Partey are two of the most in-demand defensive midfielders in Europe and understandably so. Saúl’s well-documented €150m release clause leaves Partey as a seemingly more achievable transfer.

We’re under no illusions that there’s going to be no quick fix to the mess. If Solskjaer is the man for the job, he needs time – a luxury he may find tough to come by with Poccetino being available once more. Before that conversation though, things at the very top need to change otherwise all of the above remains nothing but a pipe dream.