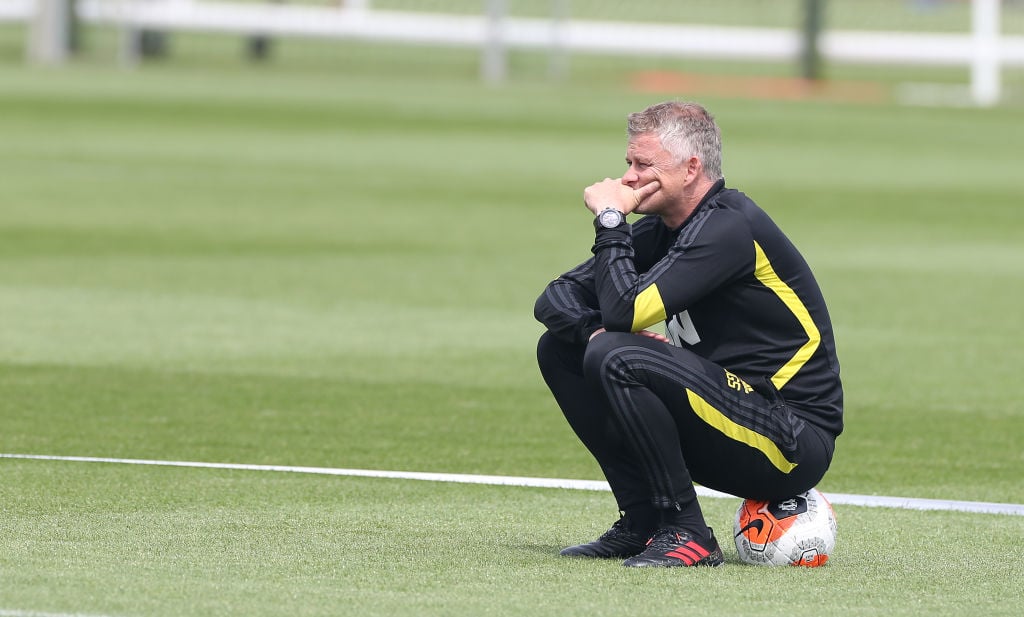 It’s with good reason, since Sancho raised eyebrows by switching England for Germany, the attacker has gone from strength-to-incredible-strength.

Consistently racking up numbers that put him in the company of the game’s elite, it’s easy to see why Solksjaer would love to bring him into the rotation of his already-lethal front three.

Mason Greenwood’s phenomenal season has perhaps meant that signing Sancho isn’t quite as make or break as it would have been, which could mean the club are less likely to part with the eye-watering price tag placed on their star man by Dortmund.

Realistically though, if the club are serious about returning to compete at the highest level, a marquee attacking signing is still needed. With the upcoming season set to see unprecedented fixture pileups, Martial, Rashford and Greenwood will all have to be carefully managed and a quality name to add to that forward line could be the difference.

Since Dortmund are standing firm (for now) in their position that Sancho is not for sale, we’ve picked out four names that United could look at instead.

Talk of how good Kai Havertz could be started well over a year ago, when he racked up a mightily impressive 20 goals and seven assists for Leverkusen in the 18/19 season.

That form continued into the season just gone, another 18 goals and nine assists to his name and added attention thanks to the Bundesliga being the first major league to return following the COVID shutdown.

Obviously Chelsea have been heavily touted to secure the German’s signature, however if United do miss out on Sancho it wouldn’t be a huge surprise if they tried to swoop in.

At just 21 and with a slightly smaller price tag, Havertz would go a long way in plastering over any disappointment that came with missing out on the Dortmund man. Despite not being an out-and-out winger, it’s easy to see how he would slot into that attacking trio.

Few players in world football can boast a track record that comes close to being as successful as Kingsley Coman’s.

The Frenchman has won the league title wherever he’s been every year of his professional career.

However with Leroy Sané’s arrival at the Allianz, the winger has fallen down the pecking order at Bayern Munich, so securing his services may be a much more straightforward task.

Things haven’t quite materialised the way many of us expected them to since Ousmane Dembélé’s move to Barcelona.

A string of unfortunate injuries and unwanted media attention has meant nailing down a spot in the starting lineup has been tough for the French attacker.

That being said at just 23, there is plenty of time for Dembélé to recapture the blistering form he showed at Dortmund, which at the time made him one of the hottest prospects in world football.

This year Adama Traoré has cemented himself as one of the most exciting, forward-thinking players in the Premier League.

Throughout Wolves’ extended campaign Traoré has come through with some huge goals and performances, seemingly adding the elusive clinical element to his game that made him so frustrating the season before.

With those performances, it’s inevitable that Adama has been linked with a move away from the Molineux. With Premier League experience under his belt, United could do far worse than the 24-year-old.