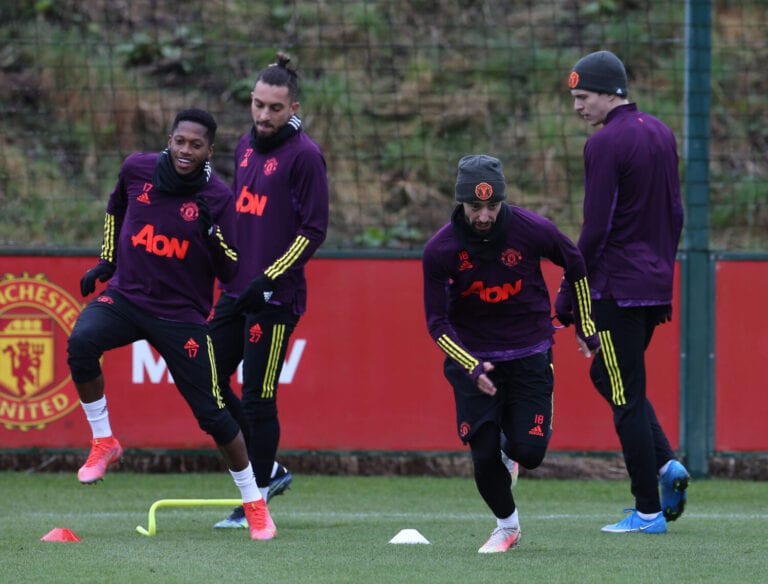 Manchester United midfielder Fred has revealed the importance of the visits from Sir Alex Ferguson to training sessions at Carrington.

The Brazilian signed for United in 2018 and has established himself as one of the club’s key midfielders in the last two seasons.

He was named in the Europa League Squad of the Season last term.

Speaking to YouTube channel O Clube (via PunditArena), Fred discussed how the occasional presence of Ferguson at United training sessions is “very important” to him.

The legendary Scot won an incredible 38 trophies during his 27-year spell at the club.

Fred explained: “I used to hear about him [Ferguson] and I knew his story but after being here and realising how much the people idolise him, for the time he stayed, the titles he won and the person he is.

“Once in a while, he comes to watch our practice sessions here.

“It is important to be near him. He is one of the greatest football coaches in history.

“Being close to him is important and it’s kind of surreal. I’m very happy that he can be close.

“He comes to watch our games most of the time, so this is very important to me.

“He is applauded by not only United fans but everyone in England and not only England, worldwide.

“Everything he lived in football, every [thing] he revolutionised in English football is impressive.”

Fred had a difficult start to his United career, despite starting four of his first six Premier League games under Jose Mourinho.

Even when Mourinho left the club in December, his fortunes took time to improve after Ole Gunnar Solskjaer took charge.

Between January and February 2019, he started only once in the league.

But, in the midst of a United injury crisis, he was handed a start in the side’s must-win Champions League last 16 tie with Paris Saint Germain.

In a famous 3-1 victory for the Red Devils, Fred put in an excellent display that kickstarted his United career.

And he was also involved in the side that beat the same opposition 2-1 at Parcs des Princes last year.

The 28-year-old revealed that Ferguson made a surprise visit to the dressing room after one of the PSG victories.

Fred has made 22 Premier League appearances this season for Solskjaer’s side.