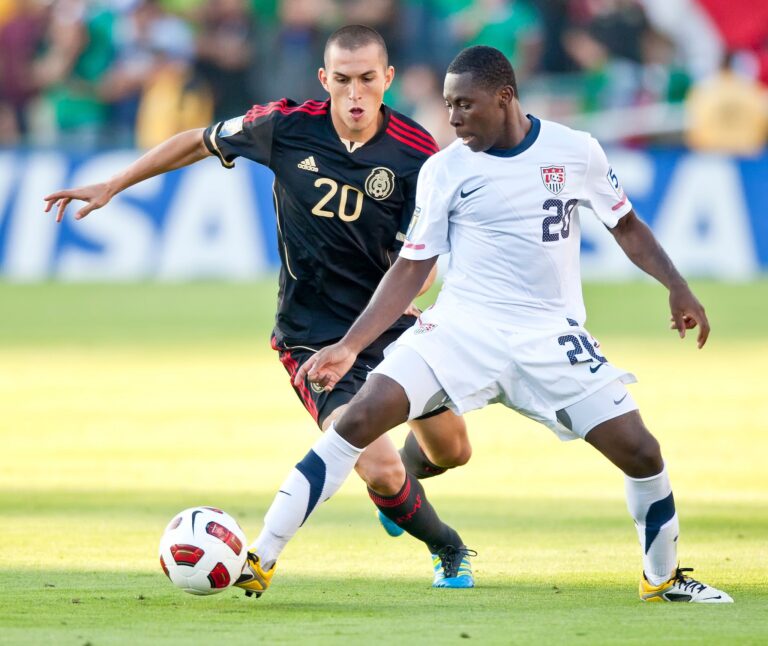 In a matter of hours, England will play the USA in one of the most eagerly anticipated matches of the World Cup so far, and ahead of kick-off, Freddy Adu has made a massive call.

With Iran launching a spanner in the works with a monumental upset victory over Wales, the stakes in Group B just went through the roof. And with this tournament throwing up so many surprises, Adu, is hoping that his home nation can produce another.

At the peak of his powers, the now-retired American international had the potential to become the best player on the planet.

While aged 14, the forward signed for DC United, and in his debut season, made 30 appearances, recording five goals and four assists. However, the bright lights proved too much for the youngster and eventually, he succumbed to the pressure. But there’s no denying the striker’s talent and knowledge of the game. Therefore, we have to treat his prediction with a great deal of respect.

In an interview with, Offers.Bet, the 33-year-old reminisced over the last time the teams went toe-to-toe.

He said: “We drew with England the last time we played them at The World Cup thanks to a Clint Dempsey goal, so you never know. You have a chance in every game, and we have to go out there with confidence and just play – regardless of what team you’re playing against. We always have a chance.”

When asked about his analysis of tonight’s match, he made a valid case for his beloved USA getting the victory.

Adu predicted: “I am going to say 2-1 to The USA, Pulisic and Reyna with one each. Reyna is my favourite player in the US national team right now. I love the way he plays the game in the midfield. When he’s on form and playing well, the team looks like a world-beater. When he’s not playing and isn’t involved as much, everything becomes hard for the team. He’s the X Factor, in my opinion.”

And whether he’s right or wrong, there’s doubt that every fan in England, will be gathered around their TV screen to witness an unforgettable collision.