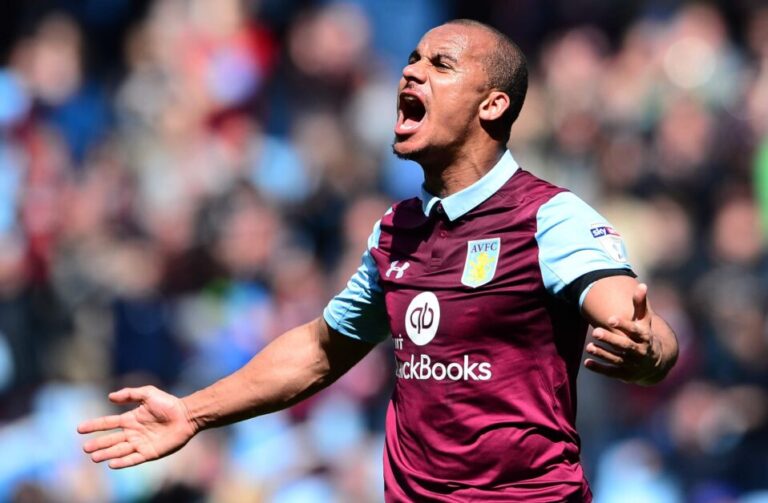 Gabriel Agbonlahor and Clinton Morrison are friendly rivals, having played on the opposite sides for Aston Villa and Birmingham City respectively during their careers.

Agbonlahor spent his entire professional career with Villa. He also made three appearances for the England national team.

Morrison, meanwhile, spent three years at Birmingham City between 2002 and 2005. He collected a total of 36 caps for the Republic of Ireland throughout his career.

The pair are now facing off again, but not on a football pitch. This time, they have been taking part in a challenge courtesy of partypoker and SPORF.

Titled ‘Partypoker Face Off’, both players were given a set of cards for a normal poker game. However, there was an added extra.

Neither player knows what is on the other’s cards. When the ‘bluffer’ picks the cards up, they can decide to tell the truth or tell a lie. It was up to the other player to determine whether the statement given was true or false.

If Agbonlahor or Morrison guessed correctly, the other player would be forced to eat a ‘disgusting delicacy’. If an incorrect answer was submitted, the opposite applies.

Tensions were certainly high. Morrison admitted he hadn’t slept the night before, whilst his Aston Villa counterpart said he hadn’t been as nervous since playing at St. Andrew’s – the home of Birmingham City.

How did the action go down?

Morrison was up first, and he put up a forfeit of hot sauce following Agbonlahor’s first statement.

The ex-Birmingham striker believed his rival was bluffing. That view turned out to be correct, and the three-time England international was forced to drink a small cup of the sauce. Not that he seemed particularly upset, mind you.

Agbonlahor at first was content after drinking the sauce. But then the flavour hit the back of his throat, sending his opponent into hysterics.

Join our SPORF Exclusive @PartyPoker tournament every Sunday at 7pm with password SPORF, it’s free to enter the tournament and you can win up to £500. The link to join the tournament is here. #BeGambleAware and T&Cs apply.