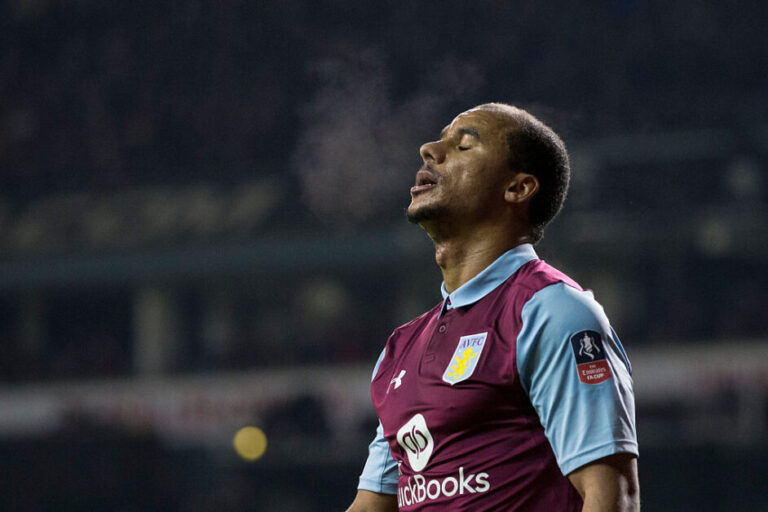 Gabby Agbonlahor and Clinton Morrison have come against each other in some pretty tasty derbies in the past.

The pair have been on opposing sides in the Birmingham derby, with Agbonlahor representing Aston Villa and Morrison at Birmingham City for part of his career.

Their friendly rivalry has started to heat up again – but this time away from the pitch.

Morrison and Agbonlahor came up against one another once again in ‘partypoker Face-Off.’ This is a game of poker with a spicy twist, courtesy of SPORF and partypoker.

Neither player knows their counterpart’s hand. Taking it in turns, a player has the chance to ‘bluff’ – where they can tell the truth or lie about their cards. It is then up to their opponent to decide if the bluffer is being honest or lying.

Should they guess correctly, the other player has to do a gross dare involving a disgusting delicacy. If either Agbonlahor or Morrison choose wrongly, they would have to do the gross dare instead.

In the latest episode, the former Aston Villa striker took a chance. He predicted that Morrison was lying about his cards. He backed himself up by choosing a disgusting snack forfeit, banking on Morrison suffering that fate.

Given the choice of either a shot of mealworms or a teaspoon of Wasabi, Agbonlahor chose the hot Japanese delicacy, in the hope that Clinton Morrison would suffer.

Unfortunately for Agbonlahor, the former Birmingham man was telling the truth.

The Villa man initially handled the wasabi like a champ. However, the heat soon hit. Agbonlahor ended up downing his glass of water; safe to say he did not enjoy his gross dare.

At the end of round four, Clinton Morrison currently holds a 3-1 lead. He is in a good position, but there is still plenty of time for Agbonlahor to make a comeback.

Join our SPORF Exclusive @partypoker tournament every Sunday at 7pm with password PREM2, it’s free to enter the tournament and you can win up to £500. The link to join the tournament is here. #BeGambleAware and T&Cs apply.