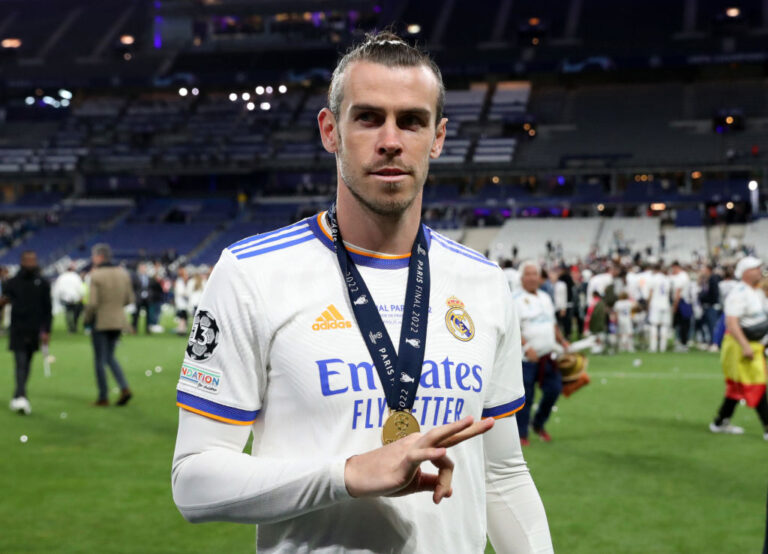 After an incredible stint at Tottenham Hotspur, the Welshman solidified himself as one of the world’s best players. His outstanding skills, blistering pace and phenomenal strength captivated fans around the globe. And unsurprisingly, his performances caught the eye of the best team in world football.

In 2013, Los Blancos broke the bank and smashed the world record transfer fee to sign Bale for £85.1 million. And at points during his stint in Spain, he proved he was worth every penny.

He had many an epic moment for the club, but in 2018, he well and truly wrote his name into the history books.

When the pressure was on, Bale rose to the occasion. He didn’t start the final of the Champions League against Liverpool, but he certainly made an impact. The game was in the balance at 1-1 until the forward scored a breathtaking bicycle kick. He then bagged again to put the game beyond all doubt.

However, he hasn’t had it all his own way. Injuries and time on the bench have taken their toll, and the 32-year-old will move on this summer.

Although his time in La Liga didn’t go exactly the way he’d planned, those involved with the club still meant a lot to him. He’s ready for new challenges and has written a heartfelt goodbye to everyone who helped him along his incredible journey.

In an open letter, he said: “I write this message to say thank you to all my teammates, past and present, my managers, the backroom staff and to the fans that supported me. I arrived here nine years ago as a young man who wanted to realise my dream of playing for Real Madrid.

“To wear the pristine white kit, to wear the crest on my chest, to play at the Santiago Bernabeu, to win titles and to be part of what it’s so famous for, to win the Champions League. I can now look back, reflect and say with honesty that this dream became a reality and much, much more.”

He continued: “To be a part of this club’s history and to achieve what we achieved while I was a Real Madrid player, has been an incredible experience and one I will never forget. I also want to thank President Florentino Perez, Jose Angel Sanchez, and the board for giving me the opportunity to play for this club.

“Together, we were able to create some moments that will live forever in the history of this club and football. It has been an honour. Thank you! HALA MADRID! Gareth Bale.”

Regardless of whether Real respected his footballing talent or not towards the end, his decision to leave the Spanish giants has opened the door for a plethora of other clubs.

They all have their sights set on bolstering their squads with the massive impact he’d be guaranteed to make.