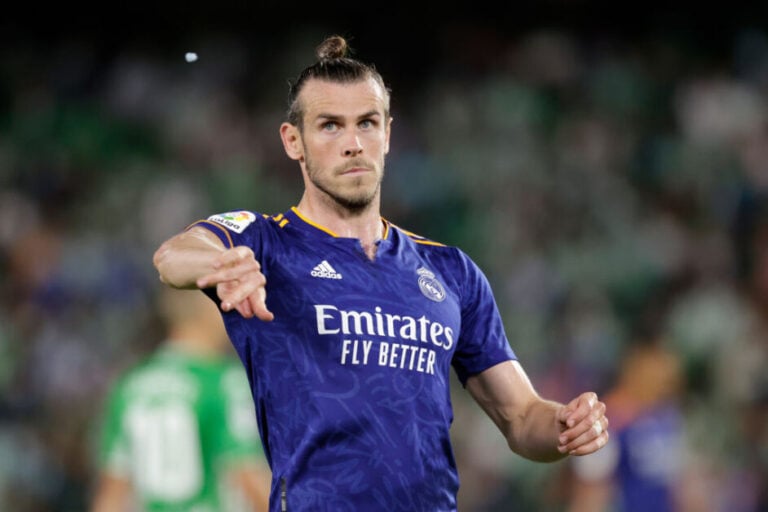 With his time at Real Madrid finally coming to an end, Gareth Bale is set for a fresh start next season.

The Welshman has endured a terrible spell at the Bernabéu this term. Due to a host of injuries from his calf to his back, as well as testing positive for Covid-19, the player has only managed a total of seven appearances.

In this limited time, he’s only found the back of the net on one occasion, and consequently, he’s received a hammering from the Spanish press.

On April 29, he had to pull out of Real’s fixture against Espanyol due to a back injury. His contract is coming to an end in the summer, and it seems inevitable that he will begin 2022/23 with a fresh start.

Regardless of his current form and injury troubles, the forward still possesses formidable talent, making him a valuable asset to most teams on the planet. Therefore, it is no surprise that there are so many clubs vying for his signature.

Could Gareth Bale head back to Tottenham?

According to the latest odds, the Welshman’s old side is currently leading the race for his signature. Without a shadow of a doubt, Tottenham made Bale what he is today. Throughout his time with the London club, Bale developed his phenomenal skill on the ball to add to his impressive acceleration and physicality.

He made 166 appearances and scored 53 goals in two spells with his beloved team. So perhaps a return to his old stomping ground could give him the spark he so desperately needs at this stage in his career.

But they’re not the only Premier League side hunting down his services. After a giant ownership deal, Newcastle United have become the richest club in world football.

The Magpies have already set their sights on skyrocketing up the first division of English football. But to do that, they need to bag some big-name signatures.

Read: How much richer are Newcastle than other Premier League clubs?

Bruno Guimares, who was signed from Lyon for £40 million in January, has already revolutionised Eddie Howe’s side. Bale’s signing could well fall into that category as well.

Bale could return home – or start afresh in the US

Furthermore, despite the vast difference in Bale’s current wage compared to their wage budget, Championship side Cardiff City have also entered the race. As per Wales Online, Bale’s boyhood club are “willing listeners with open arms”, if he wants to play his football in his homeland.

However, he could opt to stay in Spain, as Champions League semi-finalists Villarreal have also expressed an interest in the winger.

Finally, Bale could opt for DC United if he’d like to start afresh completely. The MLS side have previous when it comes to signing big-name British players, with Wayne Rooney spending time at the club between 2018 and 2020. DC United have quickly worked their way up the US footballing pyramid, and purchasing Bale would only bolster their growing stature.