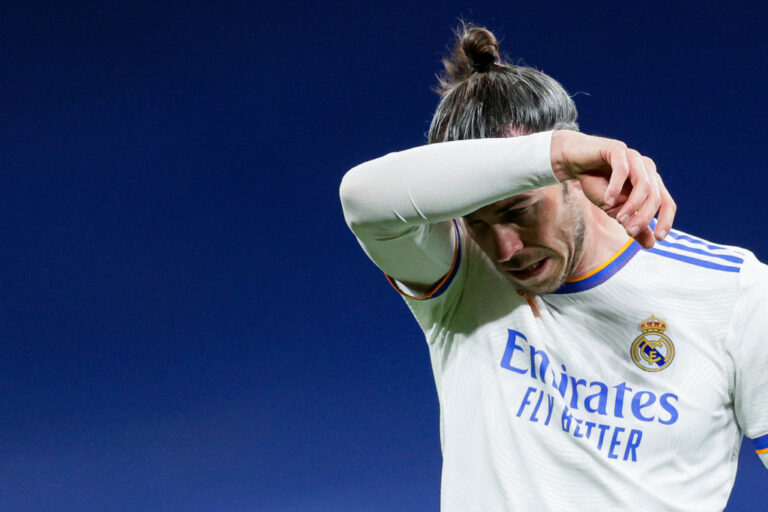 Fans have taken pity on Real Madrid winger Gareth Bale after footage of him looking disconnected from the team in the dressing room emerged.

The Wales international has seen his role in the Spanish capital change from superstar to bit-part player. This season, Bale has made seven appearances for Madrid in all competitions, getting just 290 minutes of action on the pitch.

Sadly, like the majority of his time with Los Blancos, Bale has suffered from injury. He has missed 28 games in 2021/2022 due to injury and illness, causing him to fall down the pecking order in Ancelotti’s squad.

This is the continuation of a gradual downward trend in Bale’s Real career. After falling out of favour under then-manager Zinedine Zidane, the Welshman nearly moved to China in 2019. However, the move fell through, and he stayed in Madrid, making 20 appearances in 2019/2020.

Following this, a loan spell at Tottenham last season gave him a much-needed break from Spain.

Unfortunately, the relationship between Gareth Bale and Real Madrid fans has been very toxic for a number of years. This season, Los Blancos supporters abused Bale as he arrived for training and booed him on his return to the Bernabeu a few weeks ago.

Over the past few years, fans became fed up with Bale’s constant injuries, whilst others claimed that he had a poor attitude toward the club.

However, his time at Real Madrid has not been total doom and gloom.

In his first season in the Spanish capital, the Welshman played a role in Madrid’s tenth Champions League title. He scored in extra time as Real outlasted city rivals Atletico Madrid in the 2014 final.

Further success in Europe followed as Madrid won three Champions League titles in a row from 2016 to 2018. In the 2018 final, Bale’s stunning overhead kick against Liverpool wenr down in history as one of the great goals in the competition.

Domestically, Bale helped Madrid win two La Liga titles, one Copa Del Rey, and three Supercopa Espana. Despite his injury problems, Gareth Bale has 106 goals and 67 assists in 258 games for the Spanish giants. When fit, he was one of the most formidable attackers in world football.

That is why fans now find it so difficult to see Bale look so lost in a recent video.

In a video posted to their social media, Real Madrid showed off some dressing room celebrations after their win over Sevilla at the weekend.

There were high-fives and hugs all around for the players – except for Gareth Bale.

Instead, the Welshman is stood awkwardly next to his seat, not interacting with any of his teammates after a thrilling comeback victory. He is also nowhere to be seen as the rest of the Real Madrid squad take a celebratory photo.

One Twitter user described Bale as “a lost puppy”. Another said the footage referenced his whole stay in Madrid, saying that they “never recognized his true worth”.

Of course, other fans saw it differently, laughing at the Welshman for his lost expression amongst the celebrations.

According to his agent, Gareth Bale will leave Real Madrid at the end of this season. Hopefully, he can find somewhere to enjoy his football again.