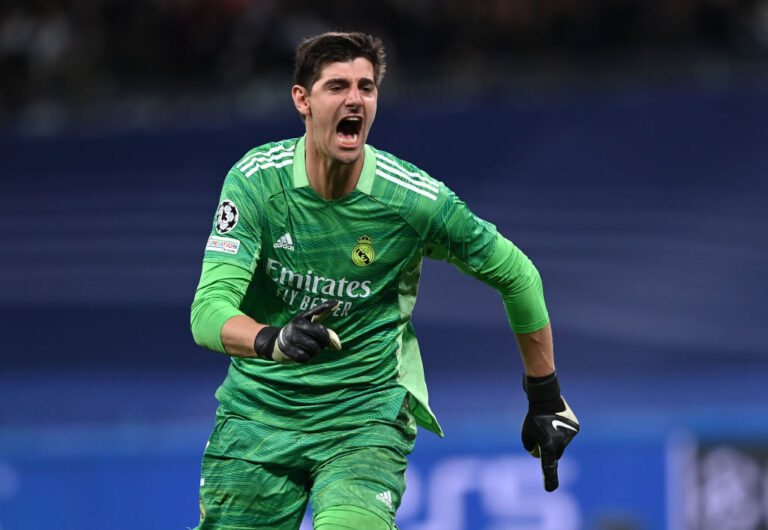 Despite conceding four goals against Barcelona, Real Madrid goalkeeper Thibaut Courtois has made a bizarre claim about the nature of his side’s El Clasico defeat last month.

Over the last few years, Barcelona have endured an extremely difficult financial period. The club’s structure collapsed, and due to their lack of resources, they lost a plethora of their best players. But since the arrival of Xavi, their fortunes have changed.

Upon his arrival, the club legend set a series of strict rules for the players to follow. This included the squad having to turn up 90 minutes early for training, in addition to allowing him to track their off-the-pitch activities.

Xavi then significantly enhanced the line-up by securing the signatures of Ferran Torres and Pierre-Emerick Aubameyang.

His side has since blossomed and now looks something like the Barcelona of old. They entered a 13-match unbeaten run, which showcased the phenomenal developments that the team is making. Only a disappointing Europa League defeat to Frankfurt has halted their momentum.

However, the former midfielder really proved himself during Barca’s historic demolition job against their biggest rivals.

Barcelona destroy Real in their own backyard

Although ‘La Casa Blanca’ have virtually wrapped up the domestic title, one moment of embarrassment still haunts their nightmares. On March 20, Barca arrived at the Bernabeu and proved a spectacular showing. They battered the league leaders from pillar to post as they nailed their rivals with a four-goal onslaught.

The disastrous result came as a shock to every member of the Madrid squad. They expected to cruise past their rivals with ease. But instead, they were handed a shellacking of epic proportions. Aubameyang, Torres and Ronald Araujo were all on the scoresheet as Barca ran riot.

However, as embarrassing as the Barcelona defeat was for the entire team, maybe none experienced the humiliation that Thibaut Courtois did.

The goalkeeper made six big saves throughout the game, but having conceded four, it made little difference to his morale. Although his side have had significant victories since then, including a magnificent Champions League performance against Chelsea, the shock of the Barca defeat hasn’t entirely escaped him yet.

In an interview with El Capitan, as per Marca, he said: “It was a very bad night, but we recovered quickly, because you shouldn’t have to think too much about defeats.

“I’m disappointed, of course, but I think it was clear that there is a before and after that defeat. If you look at our results and our performance, it was a fluke.”

When the campaign comes to a close on May 22, Courtois will likely add a third La Liga medal to his collection. But with his club not facing Barcelona until next season, he’ll have to wait to get the shot at redemption he desperately craves.