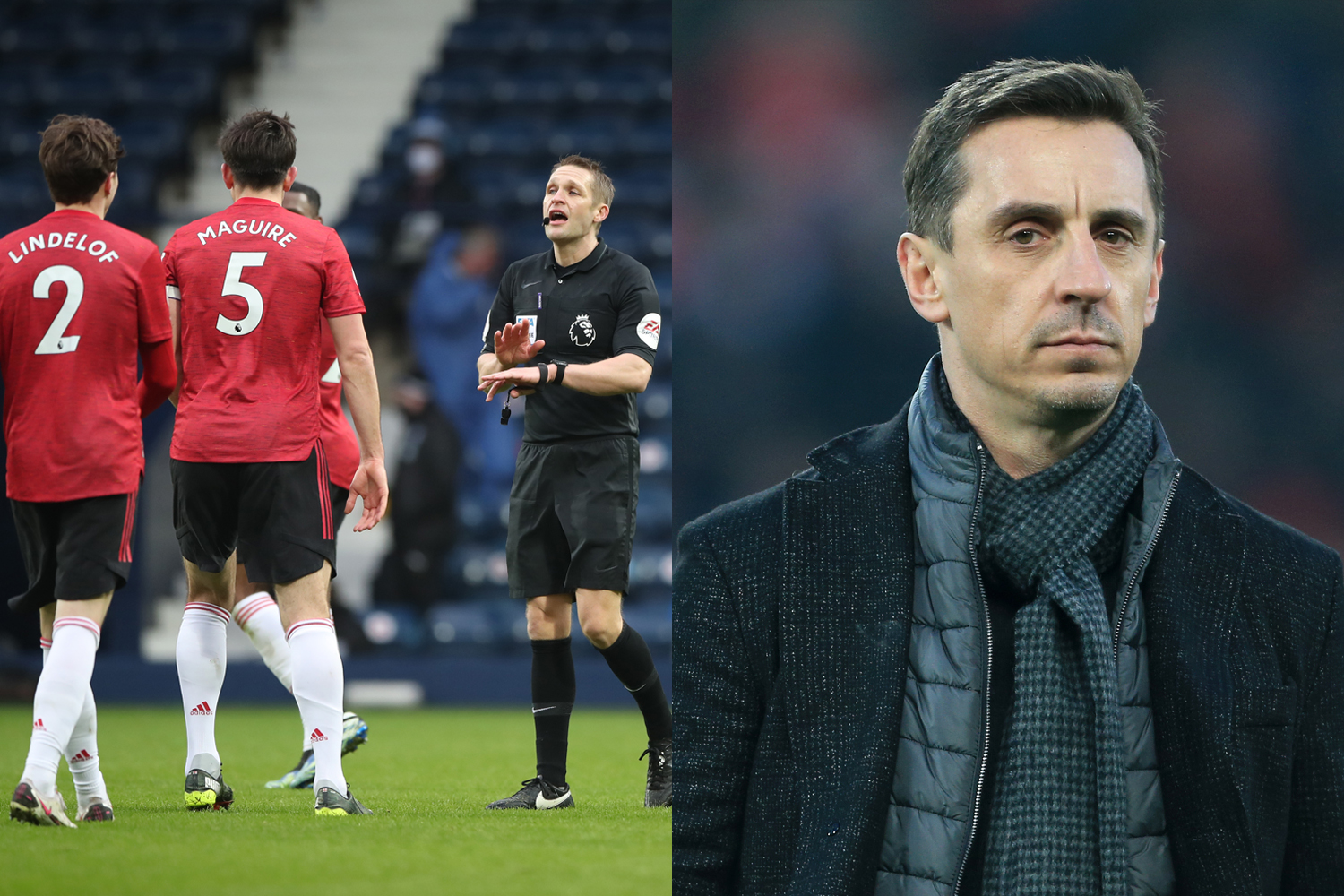 Despite sitting second in the table, Manchester United have found themselves falling out of form at just the wrong time.

While talks of an unlikely title challenge may have been premature, there’s no denying that recent dropped points have been made that bit tougher to take given City’s revitalised performances.

Ole Gunnar Solskjaer’s men now sit seven points adrift of the leaders having played a game more. The bigger concern though, is that they could find themselves being pulled back into a top four battle.

It’s the defensive line that have found themselves the target of criticism, particularly the central pairing of Harry Maguire and Victor Lindelof.

While both are obviously very good defenders individually, it’s a partnership that has remained unconvincing among United fans.

Gary Nevile has echoed those concerns, suggesting that both defenders are each other’s biggest problems as their styles of defending don’t compliment each other.

“The key thing is that only one of the last 20 Premier League champions have conceded at least one goal per game,” Neville has told Sky Sports.

“That tells you about these three of [David] de Gea, Lindelof and Maguire. To win titles, that triangle of goalkeeper and two centre-backs need to be as solid as a rock.

“They’re not going to turf Maguire out. They’ve invested £80m, he’s the cornerstone of the defence and the one they will build the defence around. So they need to find a partner for him.

“It’s got to be someone of the physicality and profile of Eric Bailly. Someone who is quick, good in the air, strong and can cover Maguire one-on-one. But also someone who’s going to get them up the pitch to allow them to play a bit higher.

“Lindelof’s problem is Maguire and Maguire’s problem is Lindelof. I think if you put Lindelof alongside [Virgil] van Dijk at Liverpool, I think he’s a really good player. He understands the game, he reads the game, he’s a good defender.

“If he was alongside a [Rio] Ferdinand or a Van Dijk, I think he’d make a great pair. The problem is he is alongside somebody who’s not the most mobile in Harry Maguire.

“The problem Lindelof has got is they’ve invested £80m on Maguire so they’re going to have to put someone alongside him. They both seem to drop back a little bit and you need someone who can get them up the pitch.”

We’ve seen the impact that good recruitment at centre back can have when looking at United’s biggest rivals. Virgil van Dijk and Ruben Dias have both completely transformed their sides since signing.

Jules Kounde of Sevilla is the latest to be a rumoured target of United and the 22-year-old is already building a stellar reputation.

RB Leipzig’s Ibrahima Konate is also said to be of interest, however with the German side already set to lose Dayot Upamecano to Bayern Munich, they’ll be reluctant to let another young centre back go.

Sergio Ramos’ name keeps popping up too, with his contract at Real Madrid coming to an end this season. Solskjaer has seen first-hand the impact a veteran can have in Edinson Cavani, and they don’t come much more decorated than Ramos.