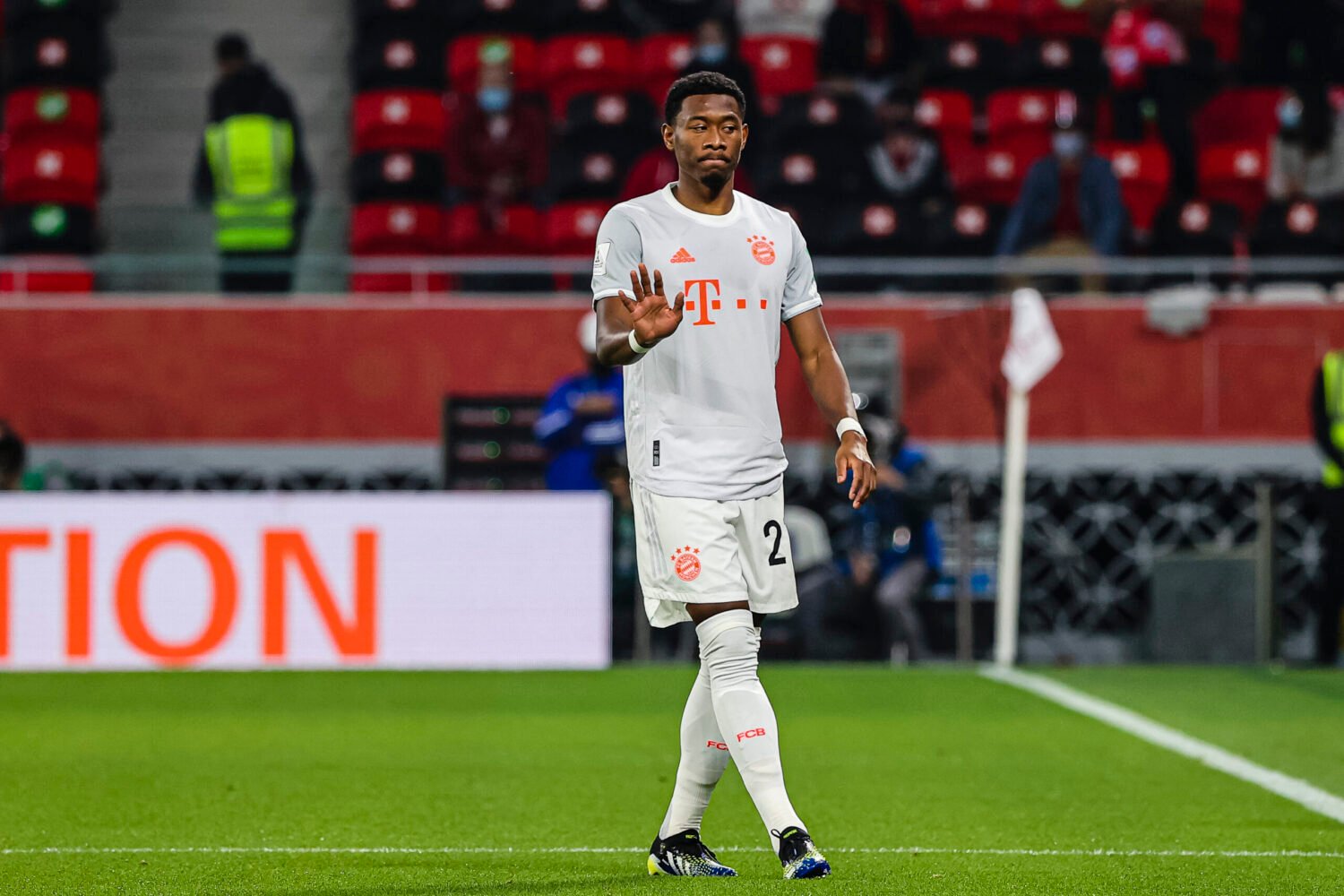 David Alaba has confirmed that he will leave Bayern Munich at the end of the season.

The Austrian defender’s contract expires this year, and his future has been subject to discussion for months now.

Alaba has now addressed the media directly, revealing that his future lies elsewhere, with a number of Europe’s top clubs already linked with him.

Announcing his decision to the press, Alaba said: “I have personally made the decision to leave FC Bayern at the end of this season and try something new.

“It obviously wasn’t an easy decision – I’ve been here for 13 years and the club is very important to me.

“I decided for myself to try something new, a new challenge.”

He went on to say he hasn’t yet decided who he will join, though Real Madrid have been favourites to secure his signature for some time.

“First of all, I haven’t decided which club I’m going to join yet,” he added, speaking at a press conference arranged by Bayern.

“There are many factors involved. I will give a lot of thought to that. Where can I continue to play successful football? That will greatly influence my decision.

“This lies in the future and we will see.”

Harsh words have been exchanged between Bayern bosses and Alaba’s agent Pini Zahavi throughout the sage, though the defender insists his decision is not money-driven.

“I am looking for a new challenge. It wasn’t a financial decision.

“I still have six to seven years to play football and now I wanted to try something new. I made the decision a few weeks ago and communicated it to the people in charge.

“Money wasn’t a factor for me.”

In typical Bayern fashion, the club look to have already signed a ready-made replacement, after they confirmed that RB Leipzig’s Dayot Upamecano will be arriving on a £38.5m transfer.