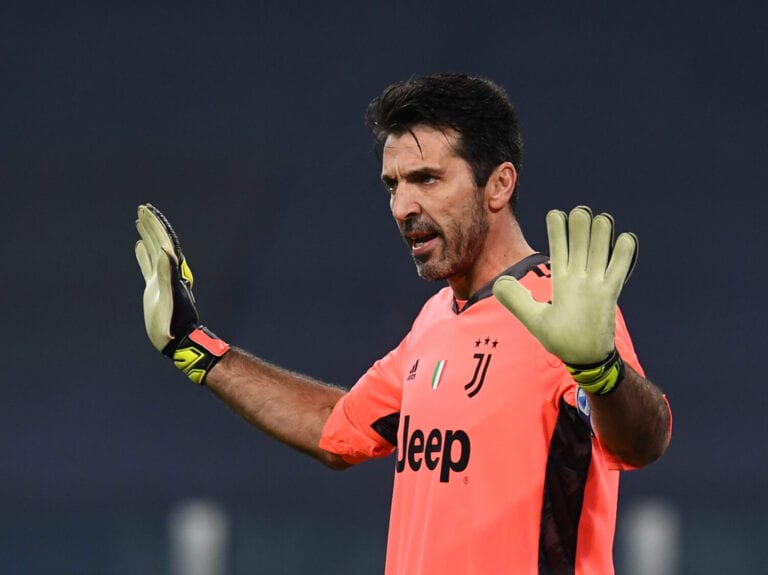 Juventus goalkeeper Gianluigi Buffon says he could keep playing until 2023 – but hasn’t ruled out retiring at the end of the season.

The Italian legend has been at Juve for 19 years over two separate spells, having spent the 2018/19 season playing for Paris Saint-Germain. He has won an array of major honours for club and country, including the 2006 World Cup.

He has made 14 league appearances since rejoining the Italian giants in the summer of 2019, as well as two Champions League appearances, whilst mainly acting as backup to Wojciech Szczesny.

His contract with the Old Lady expires at the end of this season.

Now, the 43-year-old has admitted that his time in professional football is nearing an end. Buffon says that he will not play on beyond 2023, but has not set a definitive retirement date yet.

Speaking to the Guardian, he explained: “Look, in my head, there truly is a final stop sign, a maximum bar, which is June 2023.

“That is the maximum, really, really the maximum. But I could also stop playing in four months.

“They say that when you reach my age, the decline happens all at once – from one moment to the next. I don’t believe this.

“I am also someone who believes very strongly in fate, in destiny.

“When Juve offered me the chance to come back, I thought: ‘Madonna! You never know, maybe there’s a reason, something I’m meant to go back there for. One last great story to write.'”

The Champions League remains the only major domestic trophy that Buffon has not lifted throughout his illustrious playing career. The goalkeeper wants to appear in the annually-held Club World Cup, which is open to the winner of Europe’s biggest club competition.

Juventus have finished as Champions League runners-up on three occasions whilst the Italian has been at the club.

He has another chance to get his hands on the illustrious crown this season. Andrea Pirlo‘s side are currently at the last-16 stage.

First, however, they must overturn a 2-1 first-leg deficit against FC Porto.

The second leg set to be played on March 9 at Juve’s Allianz Stadium.