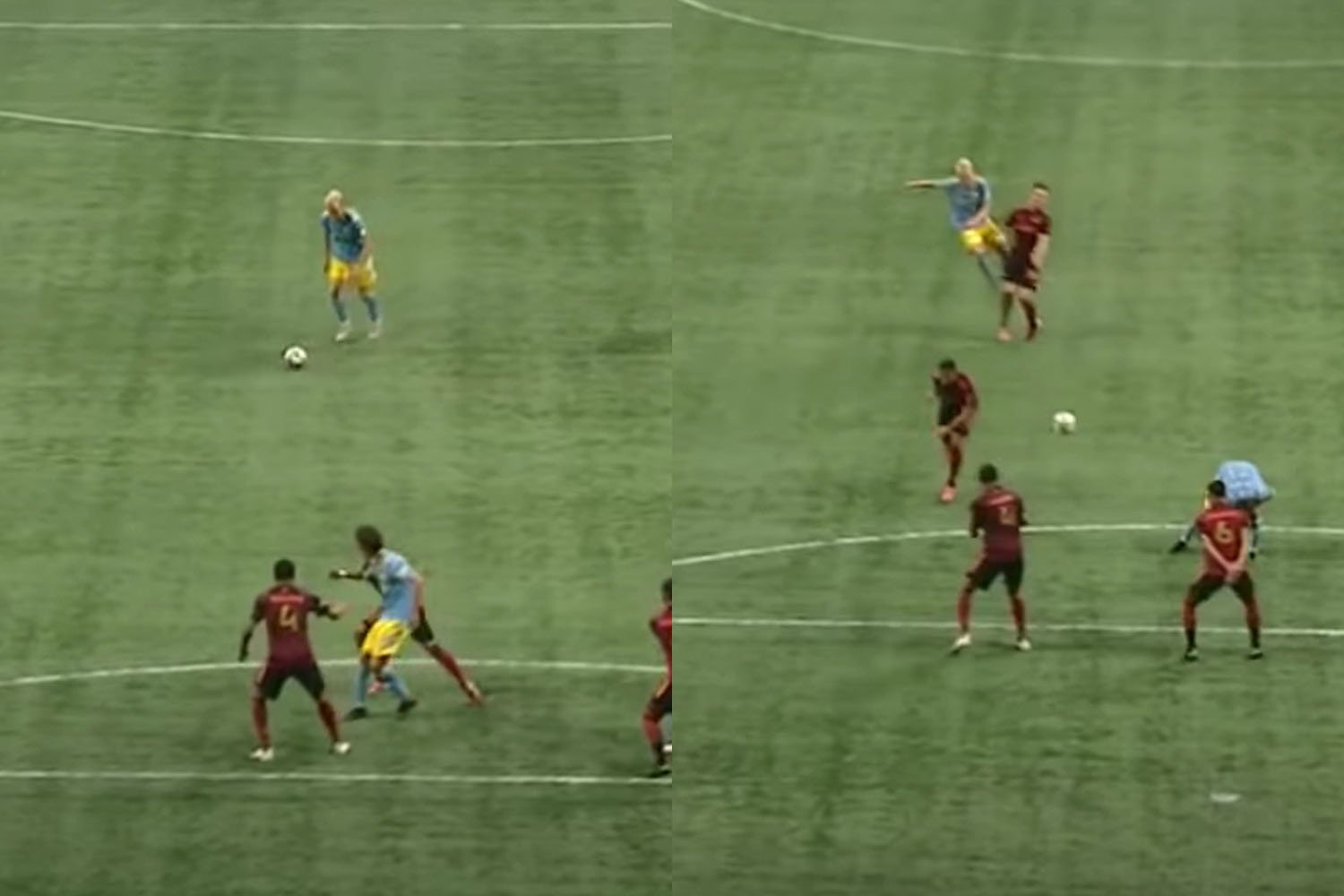 Philadelphia Union defender Jacob Glesnes scored a goal of the year contender against Atlanta United in the MLS last night.

Union, who were placed in third in the Eastern Conference prior to the match kicking off, looked to be heading towards defeat when former Tottenham Hotspur defender Anton Walkes put Atlanta 2-0 ahead on 83 minutes.

But Cory Burke pulled one back instantly, setting up a nervy finish for the home side.

Atlanta managed to hold on for two minutes in injury time before Union equalised – and what a goal it was.

Glesnes received the ball from about 40 yards out, before taking a touch and stepping forward towards goal.

Then he unleashed an unbelievable strike with his right foot that simply sailed towards the net, hitting the crossbar three times as it went in.

It was an inch-perfect hit, and one that fully deserved to level the scores on the night.

Glesnes immediately ran towards the touchline, where he was mobbed by team-mates and manager Jim Curtin.

The view from behind the goal gives an even better angle as to the quality of the strike – check it out below:

He smashed in this free-kick from an astonishing 40 yards out last year against LAFC.

In fact, the way in which he struck the ball on that occasion is remarkably similar to his goal of the year contender last night.

It’s hard to say which of the two goals is better, but they were both equally as effective in finding the back of the net.

Union stayed third in the Eastern Conference as a result of their 2-2 draw against Atlanta, and are now five points off New England Revolution, who sit top of the table.

WATCH: Lorient score one of the most insane free-kicks you’ll ever see

The five best goals from this season’s Carabao Cup

WATCH: Lorient score one of the most insane free-kicks you’ll ever see

The five best goals from this season’s Carabao Cup