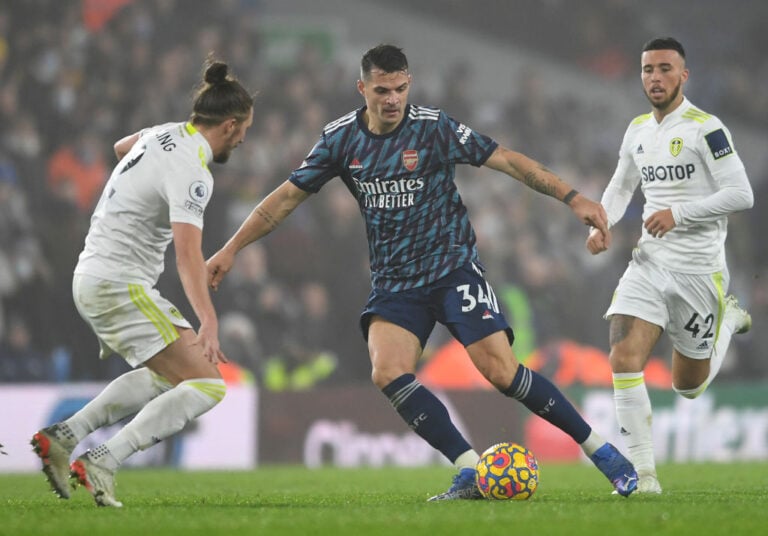 A booking received by Arsenal midfielder Granit Xhaka in a Premier League fixture against Leeds United in December has been referred to the National Crime Agency by the FA.

The FA launched an investigation into the booking back in January. Xhaka was shown a yellow card for time-wasting by referee Andre Marriner. This happened in the 86th minute of the game at Elland Road.

English football’s governing body opened an enquiry. This came after they were alerted to suspicious betting patterns on the outcome in question.

There is no suggestion of any wrongdoing by Xhaka or any other Arsenal player.

According to the Daily Mail, a sum of £52,000 was placed on the outcome of Xhaka being booked in the final 10 minutes.

The same source reports that the sum of money is far in excess of what is usually placed on yellow cards. In addition, the odds of the outcome, at the time of the bet, were higher than before kick-off on the betting exchange that the bet was placed on. As well as this, there are suspicions of ‘corruption and possible criminality’.

It is also claimed that the payout of the winning bet was around £250,000.

The Swiss midfielder arguably should have been sent off for an earlier tackle on Raphinha at Elland Road.

Xhaka went in for the ball but instead caught the Brazilian playmaker’s shin. It was a tackle that could potentially have caused a severe injury.

Luckily, Raphinha was able to complete the full 90 minutes. In addition, he scored a penalty in the 4-1 defeat.

Furthermore, the FA have declined to comment on the investigation, or the referring of the matter to the National Crime Agency.