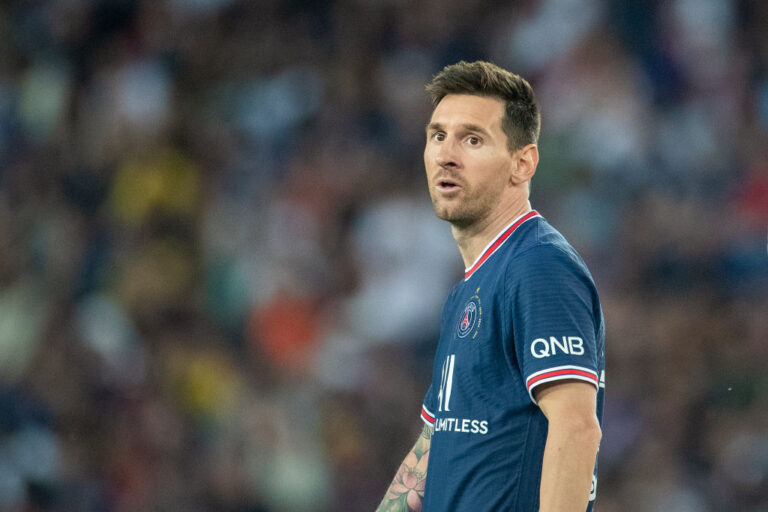 Further details have emerged about the lawsuit that La Liga plans to file through the French courts – and it could spell bad news for Lionel Messi and Kylian Mbappe if it is successful.

It was announced earlier this week that the Spanish top-flight had filed complaints against Paris Saint-Germain, after an earlier complaint was issued against Manchester City.

They allege that the two clubs have been “continuously breaching financial fair play regulations” and are guilty of “irregular financing”.

In a statement, La Liga said: “La Liga, this week, filed a complaint with UEFA against PSG, which will join another against Manchester City in April, for understanding that these clubs are continuously breaching the current financial fair play regulations.

“La Liga considers that these practices alter the ecosystem and the sustainability of football, harm all European clubs and leagues, and only serve to artificially inflate the market, with money not generated in football itself.”

In addition, the league has hired legal firms in France and Switzerland. They intend to take their complaints to French authorities and the European Union.

It is not the first time La Liga has presented complaints against both sides. They did so in 2017 and 2018. On both occasions, the Court of Arbitration for Sport (CAS) ruled in favour of City and PSG.

City were, however, banned for two years from European competition after UEFA ruled that they had committed “serious breaches” of FFP regulations between 2012 and 2016, only for this ruling to be later overturned by CAS.

What has prompted the new legal action?

Part of the reasoning behind La Liga’s decision to commence legal action is the new contract Kylian Mbappe has signed with PSG.

The Frenchman was reportedly close to signing for Real Madrid, despite the French giants trying desperately to keep hold of him. However, PSG still had one unbelievable ace up their sleeve.

The reigning Ligue 1 champions offered Mbappe a new ‘owner’ contract. It was reported that the terms of the agreement would state that he is the “owner of the project”. The French forward could have a say in incoming and outgoing transfers and any future managerial appointment.

His earnings, meanwhile, are eye-watering. Marca report that he will earn a yearly salary of €50 million – almost €1 million per week. In addition, he will also receive a signing-on fee of €180 million.

Mbappe signed the contract, securing his future with the French giants until the end of the 2024/25 season.

Marca have reported comments from lawyer Juan Branco, who will be filing La Liga’s lawsuit to the courts.

He has said that La Liga will ask the French sports minister, Amelie Oudea-Castera, to ‘revoke the validation of all PSG players’ contracts signed after June 25, 2021′.

That would, of course, include Mbappe’s recently signed deal. It may also include contracts signed by Sergio Ramos and Gianluigi Donnarumma, who joined PSG on free transfers last July.

But perhaps the most significant name potentially affected is Lionel Messi. The Argentinian made world headlines last summer when it was announced that Barcelona could not extend his contract.

His deal with Les Cules expired in June. Messi’s destination was Paris, officially joining the club in August. It is claimed that ‘a group of Barcelona members’ requested that Messi’s contract be included in any legal action.

Branco also said, according to the same report, that he will ask the European Commission to make their own ruling on the matter if it is initially unsuccessful, and also seemingly alleged doubt over the possibility of winning through the French courts, citing President Emmanuel Macron‘s initial eagerness for Mbappe to stay at PSG when his future was in doubt.