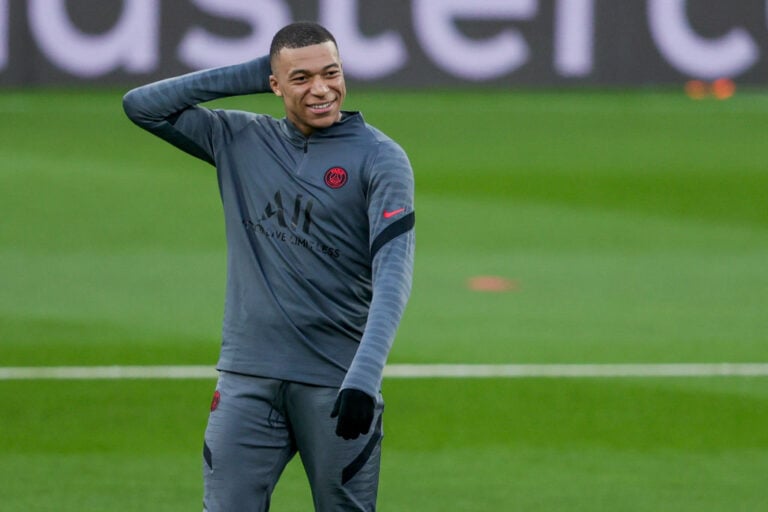 In an incredible last-ditch effort, Paris Saint-Germain are reportedly offering Kylian Mbappe an enormous contract that would make him an “owner of the project”.

The reigning Ligue 1 champions are desperate to keep hold of their man. Mbappe has been mercurial this season, registering 25 goals and 17 assists in 34 league matches.

Despite playing in a front three boasting Neymar and Lionel Messi, the Frenchman has established himself as the talisman.

Since announcing himself to the world at the 2018 World Cup, Mbappe has fast become one of the best players in football. Currently, as per Sportekz, he earns €458,000-per-week, placing the Frenchman third on PSG’s earners’ list.

However, his contract is due to expire this summer. He has not agreed on an extension during the 2021/22 season. As a result, Mbappe is entertaining offers from numerous clubs, starting a brutal race for his services.

Reports earlier in the week suggested that one side have come out on top.

The Athletic’s David Ornstein reported earlier this week on Twitter that Kylian Mbappe has agreed to personal terms with Spanish giants Real Madrid.

Sky Sports say that this is a purely footballing decision, as Real are offering less than what PSG could financially. The Frenchman has always wanted to play for Los Blancos, evidenced by his request for a transfer there last summer.

Other outlets even suggested that PSG had given up on keeping their star player, expecting Mbappe to announce his move to Spain. However, recent developments indicate that Les Parisiens are not ready to call it quits yet.

Last night, El Chiringuito TV reported an explosive offer from Paris Saint-Germain to Mbappe. This fresh contract offer would give the Frenchman the chance to be the “owner of the project” in the capital.

Essentially, Mbappe will have a key say on any potential manager changes and transfers. In an unprecedented move, the forward could hand-pick his teammates and boss to suit his liking – with PSG’s seemingly infinite money supply to bankroll his project.

Aside from the control on the football side, the 23-year-old would earn a ridiculous amount of money. Mbappe will earn £4 million a month if he signs the deal. In addition, the Frenchman’s signing bonus will net him £100 million upfront.

As if that wasn’t enough, the PSG contract offered to Kylian Mbappe also allows freedom with image rights, and the ability to choose his own performance-related bonuses.

On Monday, The Guardian stated that Mbappe will announce his choice before linking up with the France squad ahead of the Nations League.

“I will give my decision very quickly,” said the Frenchman. “It’s almost over; my choice is almost made.”

Will this eye-wateringly lucrative offer cast doubt on his decision? Only time will tell.