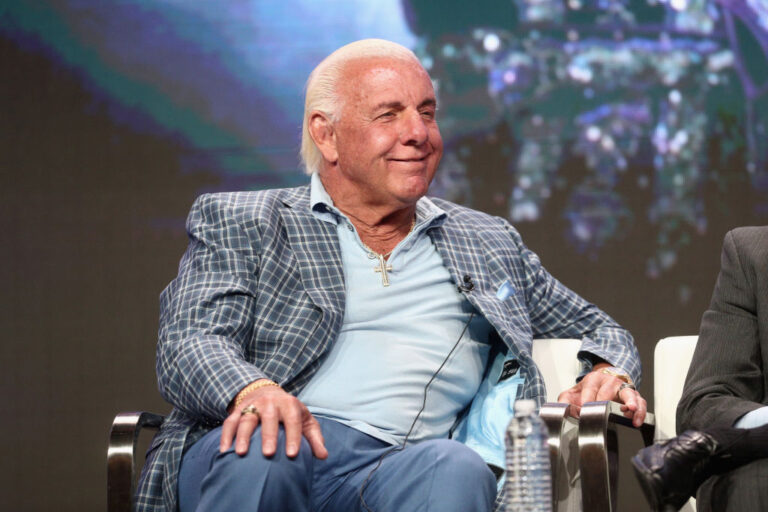 WWE legend Ric Flair, widely considered as one of the best wrestlers of all time, is set to return to the ring at 73 years of age.

‘The Nature Boy’ made the stunning announcement on his Twitter, stating that he will compete for one last time.

His final appearance will be on July 31st at Nashville Showgrounds in Tennessee, USA.

Flair headlines the entire event, which takes place following the Starrcast V wrestling convention. The WWE legend’s opponent is currently unknown, with the entire card still to be confirmed.

Ric Flair’s unbelievable decision to get back into pro wrestling at 73 years old has drawn some admiration from fans. However, many are concerned about the decision made by the 16-time World champion after a series of serious health issues in recent years.

Back in 2017, ‘The Nature Boy’ had a serious scare. After consuming high volumes of alcohol for years on end, Flair suffered multiple organ problems. He had partial kidney failure and needed a pacemaker. Additionally, he needed an operation on his bowels.

The situation became so dire that doctors gave the wrestling icon a 20% chance of living. Flair was placed in a medically induced coma.

Miraculously, he managed to make a recovery – but still has a pacemaker implanted in his chest. The WWE legend stated that he would not make a full return to the lifestyle that nearly cost him his life and would avoid things that could harm him.

Therefore, some fans are surprised and concerned at the 73-year-old’s decision to jump back into wrestling.

On his podcast, ‘To Be The Man’, Ric Flair explained why he is making the surprising decision to return.

“I just want to address a few things that I think people need to hear about,” he said (quotes via Wrestling News).

“I would say it’s 70% positive [the reaction]. But for the 30% of people that are worried about me getting in a ring and wrestling again, first of all, I assure you that I’ve been in the ring a lot more than I’ve shown on social media.”

It seems that the wrestling legend is taking his comeback seriously. However, some have speculated that Flair is making a return for the money. He assured fans that this is not the case.

“My life is good,” he confirmed. “I don’t need the money, but baby, I do like the glory. I’m never going to walk away from it. If I have a chance to get myself over, I’m going to do it.

“That’s what I’ve been doing my whole life. If I can crash in that airplane [referencing his 1975 plane crash] with a pilot killed and two guys paralyzed, get back on another plane and fly six months later, you could do anything.

“So I almost died four years ago. I got a pacemaker. Then I almost died of a blood clot. I had four operations in seven weeks – I’m good to go.”

“This is not about the money. This is about me doing what I’ve done my whole life. I watch wrestling every day because I love it, and I respect the guys in it.”

In the same podcast episode, ‘The Nature Boy’ also spoke about his pacemaker – his main worry when it comes to wrestling again.

“Everybody’s got a different opinion. So I follow one heart doctor that I have the most confidence in, the guy I like the most,” said Flair, via Wrestling News.

“The only thing I was worried about was getting in with a pacemaker. He said, ‘Ric, there is enough scar tissue around that thing now that I believe it’ll hold. If you want to do it, do it’. That was the answer. That was the only concern.”