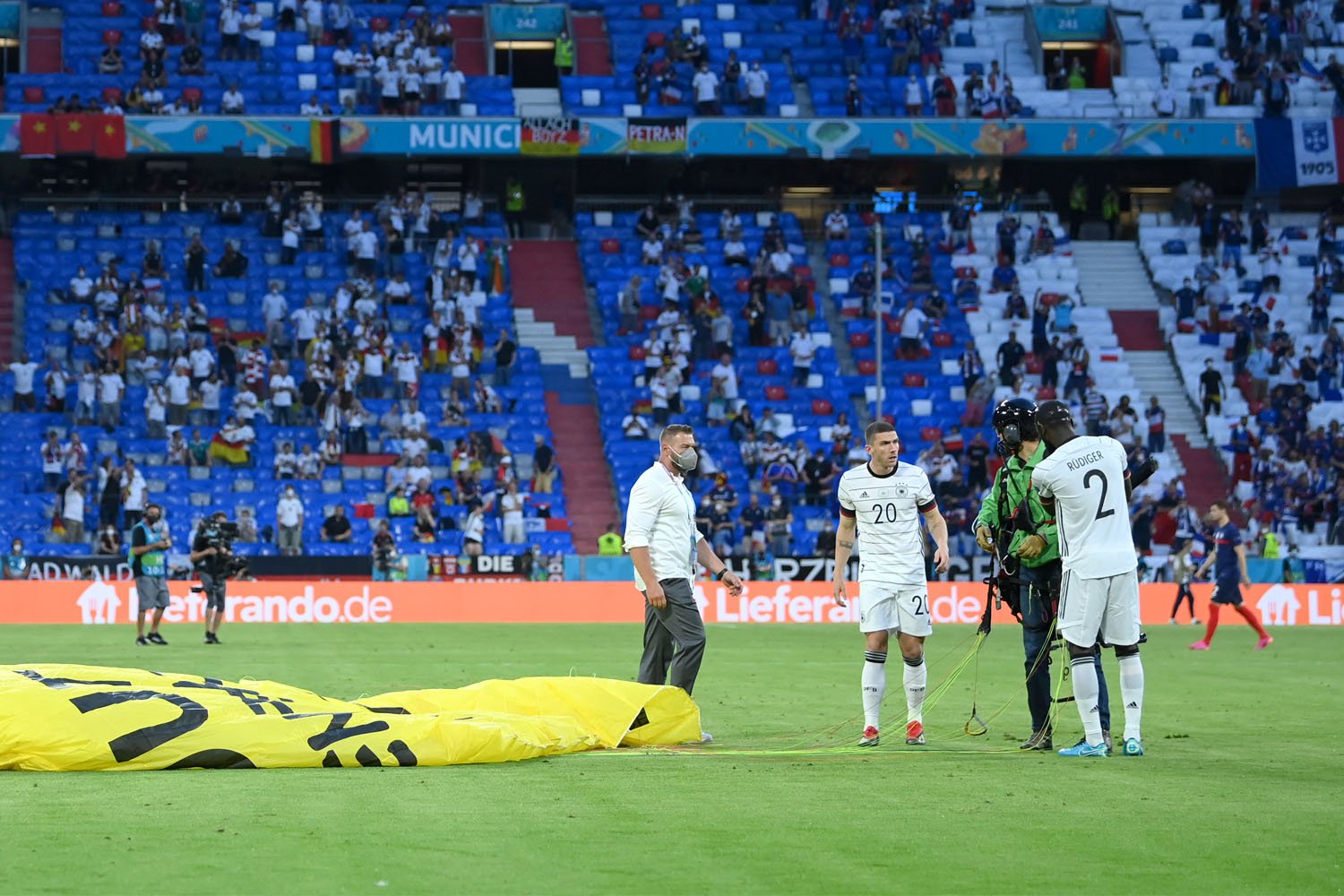 Several people were taken to hospital after a Greenpeace protester crash landed his parachute onto the pitch during the Euro 2020 clash between France and Germany last night.

The man parachuted into the stadium just minutes before kick-off, but footage appears to show him getting caught in the spidercam that was positioned above the pitch itself.

On his way down, he came perilously close to hitting a number of fans before he was able to land on the pitch.

It has been reported that debris that fell from the area surrounding the spidercam hit spectators. France manager Didier Deschamps was almost hit.

Deschamps told reporters after the game that “we were close to a tragedy“.

Greenpeace have since apologised for the incident. They explained that a soft ball was supposed to float onto the pitch in a protest message to German car manufacturer Volkswagen against the selling of diesel and petrol cars.

Volkswagen are one of Euro 2020’s sponsors.

The parachute displayed the words: “Kick Out Oil”.

Their German Twitter account said: “This protest was never intended to disrupt the game or injure people.

“We hope everyone is fine and no-one has been seriously injured. Greenpeace actions are always peaceful and non-violent.

“Unfortunately, not everything went according to plan with this campaign.”

A UEFA statement said: “This inconsiderate act – which could have had very serious consequences for a huge number of people attending – caused injuries to several people attending the game who are now in hospital and law authorities will take the necessary action.

“UEFA and its partners are fully committed to a sustainable Euro 2020 tournament and many initiatives have been implemented to offset carbon emissions.”

After the protester was led away by security, the game got underway. France won 1-0, with Mats Hummels’ own goal the only goal of the match.