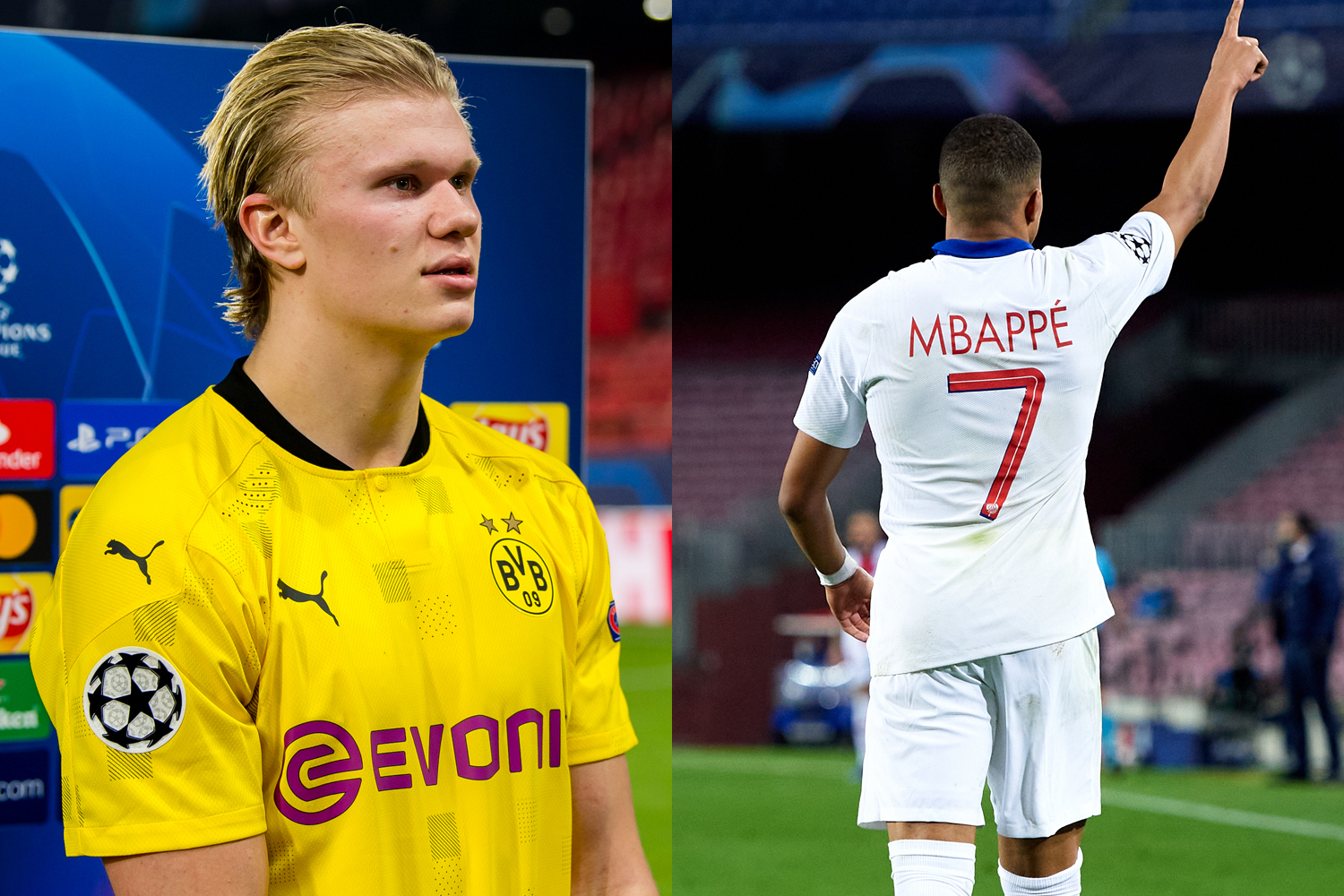 Whether or not he intended to, Erling Braut Haaland could very well have kickstarted a debate that lasts for the next decade in his interview following Dortmund’s 3-2 victory at Sevilla.

Between him bagging twice, and Kylian Mbappé’s breathtaking hat-trick against Barcelona – this felt like it could be a momentous week in crowning the next generation of world-beaters.

We’re far from suggesting that either of Cristiano Ronaldo and Lionel Messi are ‘finished’ – though with both men on the receiving end of Champions League losses in the same week, it feels like we can finally dare to look forward.

Ronaldo and Messi have been subject to endless debate after endless debate for years now. Haaland’s comments after Dortmund’s win could be the spark that starts a similar era of discussion between him and Mbappé.

What did Haaland say?

“When I saw Mbappe score the hat trick, I got free motivation, so thanks to him,” Haaland said after the match, tinged with a little smirk that suggested he knew exactly what he was doing.

“He scored some nice goals and I got a free boost from him, so it was nice.”

.@ErlingHaaland: – When I saw Mbappé score the hat-trick yesterday I got free motivation, so thanks to him.

While it’s still very early days in both careers, the next few years could be VERY fun as we watch them inevitably get better and better.

“Those numbers are ridiculous!” ?

“This could be another rivalry that lasts for 10 years.” ?

The numbers being put up by both men are frankly ridiculous. At just 22-years-old, Mbappé is already third in the list of PSG’s all-time top scorers.

Haaland on the other hand, has scored 18 goals in just 13 Champions League appearances – more than anyone else has managed in their first 20 games in the competition.

Safe to say, football Twitter isn’t going to run out of things to talk about any time soon…