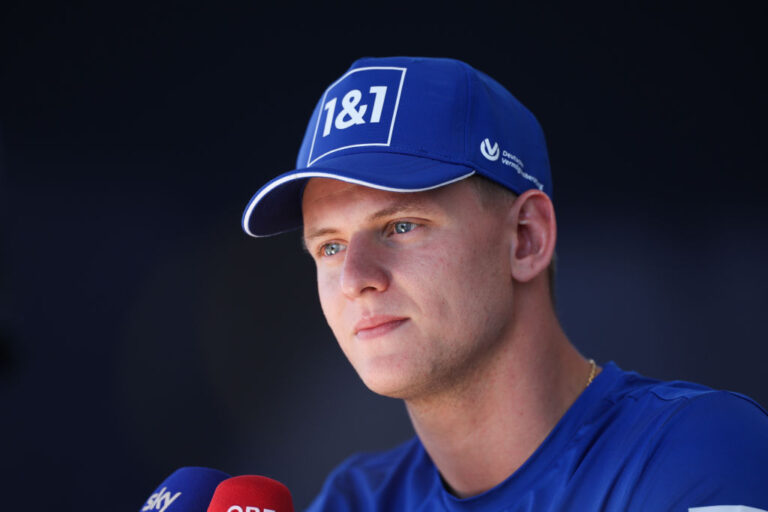 The grid for the 2023 F1 season is almost finalised following Haas’ announcement of their driver line-up for next season.

The American racing outfit announced that Mick Schumacher will be leaving the team earlier this morning. In his place, German veteran Nico Hulkenberg will race alongside Kevin Magnussen next year.

In a statement on the Haas website, Guenther Steiner thanked Schumacher for his efforts with the team.

“I would like to thank Mick Schumacher for his contribution to the team over the past couple of years,” said Steiner. “Mick’s pedigree in the junior categories was well known and he has continued to grow and develop as a driver in his time with Haas F1 team – culminating in his first F1 points scoring successes earlier this season.

“While choosing to go in separate directions for the future, the entire team wishes Mick well for the next steps in his career path and beyond.”

Mick Schumacher’s first season with Haas – 2021 – proved tough, as he and then-teammate Nikita Mazepin failed to score a single point. However, with regulation changes this season, the US-based team built a much more competitive car.

This resulted in Schumacher’s first points-scoring finish when he came home in eighth at the British Grand Prix. The German then followed this with a sixth-place finish in Austria.  Heading into his last race with the team in Abu Dhabi, Mick has 12 points – 13 behind teammate Magnussen.

Unfortunately, a number of expensive crashes, such as in Saudi Arabia and Japan, may have cost the German his drive for next year. He shared his feelings about the news on his social media.

Mick Schumacher reacts to losing F1 seat for next year

In posts to various sites, Schumacher graciously thanked Haas for giving him the chance to drive in Formula 1.

“I don’t want to hide the fact that I am very disappointed about the decision not to renew our contract,” he conceded. “Nevertheless, I would like to thank both Haas F1 and Ferrari for giving me this opportunity.

“Those years together have helped me to mature both technically and personally. And, when things got difficult, I realised how much I love this sport.

“It was at times bumpy but I steadily improved, learned a lot and now know for sure that I deserve a place in Formula 1. The subject is anything but closed for me. Setbacks only make you stronger. My fire burns for F1 and I will fight hard to return to the starting grid.”

But Schumacher will not be able to return to the F1 grid in 2023, as nearly every slot is now taken up.

2023 F1 grid: how it looks after Haas announcement

As it stands, Williams are the sole team to have not 100% confirmed their driver pair for 2023. However, their line-up is arguably a foregone conclusion.

In October, Williams principal Jost Capito confirmed that Logan Sargeant will race for the British team next year – as long as he gets enough super license points.

A super license is a requirement for all F1 drivers – and US driver Sargeant still does not have quite enough points. He can earn the sufficient number of points at the final F2 round in Abu Dhabi, though.

Elsewhere, all other teams on the grid have now confirmed their drivers for the 2023 F1 season.

Red Bull, Ferrari, Mercedes, and Alfa Romeo head into next year with the same pairings as 2022. In contrast, the rest of the grid is all change.

McLaren have replaced Daniel Ricciardo with a fellow Aussie, as Oscar Piastri accompanies Lando Norris at the Woking team.

Meanwhile, a number of teams have swapped drivers, too. Pierre Gasly has changed AlphaTauri for Alpine, giving Alpine an all-French line-up. Gasly comes in as a replacement for Fernando Alonso, who joins Aston Martin.

Sarina Wiegman says she is “disappointed” with final Lionesses match, despite undefeated 2022