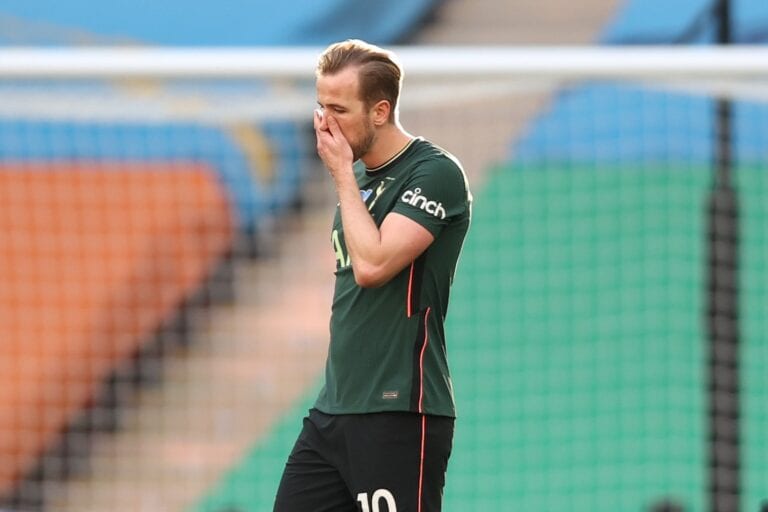 Harry Kane has admitted he’d rather win team trophies than individual awards after becoming Premier League Player of the Year.

The achievement came last night during the London Football Awards and took place just days after Tottenham were beaten by Manchester City in the Carabao Cup final. The defeat leaves Kane, one of the best strikers of his generation, without a team trophy.

While he does continue to find great individual success, Kane confirmed during an interview with the Evening Standard that he wants to shoot higher than that.

“Individual awards are great, they are fantastic achievements,” Kane said. “When I look back at the end of my career, I will go over it and take in a little bit more. The goal right now as a player is to win team trophies. As much as this [award] is great, I want to be winning the biggest prizes that there is to offer as a team and we are not quite doing that.

“It is one of those [situations], it is bittersweet. I would rather be winning team trophies and this award. It is what it is. I am proud to win it. It means it has been a good season on the pitch, so I have just got to try and continue what I am doing.

“Obviously the Willow Foundation [who the LFAs are in support of] do amazing work. So I am really happy to be taking it home.”

Due to his inability to win a trophy with Spurs, many have long since wondered whether or not he’d ever leave the club.

The rumour mill has intensified in recent weeks and months with the suggestion being that he has to go outside of North London for the silverware he craves.

Either way, there are bound to be plenty more twists and turns to come in the career of Harry Kane.