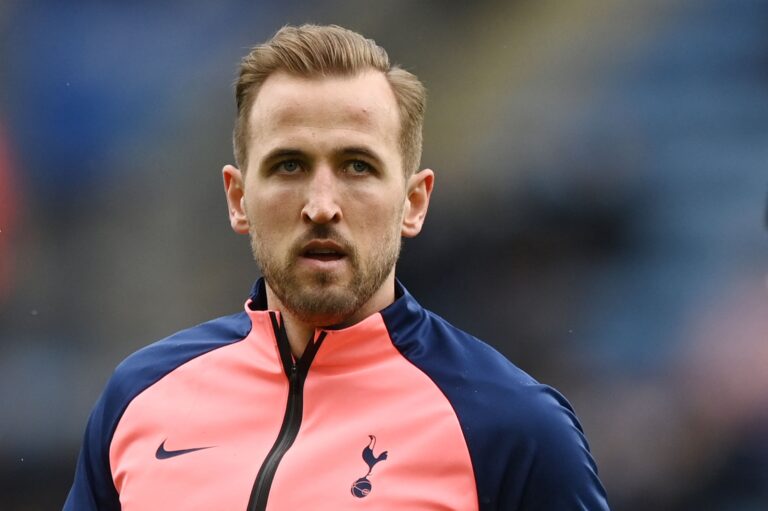 Harry Kane has not travelled with the Tottenham squad to Portugal for their Europa Conference League play-off first leg against Pacos de Ferreira.

He was originally named in the Spurs squad for the match. However, he did not travel on Wednesday and will remain behind in London.

Rumours of Kane’s future have dominated the transfer window, with Manchester City interested in signing him.

They had an £100 million bid for the 28-year-old rejected by Spurs back in June.

Kane was then reportedly due to return to training on Monday, August 2 – but only returned on Saturday, August 7.

He released a statement on Twitter claiming that he had “never” refused to train, and added that it was always the plan for him to return on a specific date.

Kane was then deemed not ready to face City in the opening Premier League clash of the season on Sunday. Spurs won the game 1-0.

On Kane’s fitness, Spurs boss Nuno Espirito Santo said yesterday: “He is getting his fitness better each day.

It was reported yesterday by The Independent that City are preparing a new £150m bid to attempt to bring Kane to the Etihad Stadium.

The Athletic reported Spurs’s position is that a bid in the region of £150m from a foreign club for Kane would be considered. However, the report – published earlier in August – said that they will not sell to a Premier League club “under any circumstances”.

City have also been linked with signing Fiorentina striker Dusan Vlahovic, according to reports in Italy.

The Serbian scored 21 Serie A goals last season. Atletico Madrid have reportedly bid €70m plus add-ons for the 21-year-old’s services.