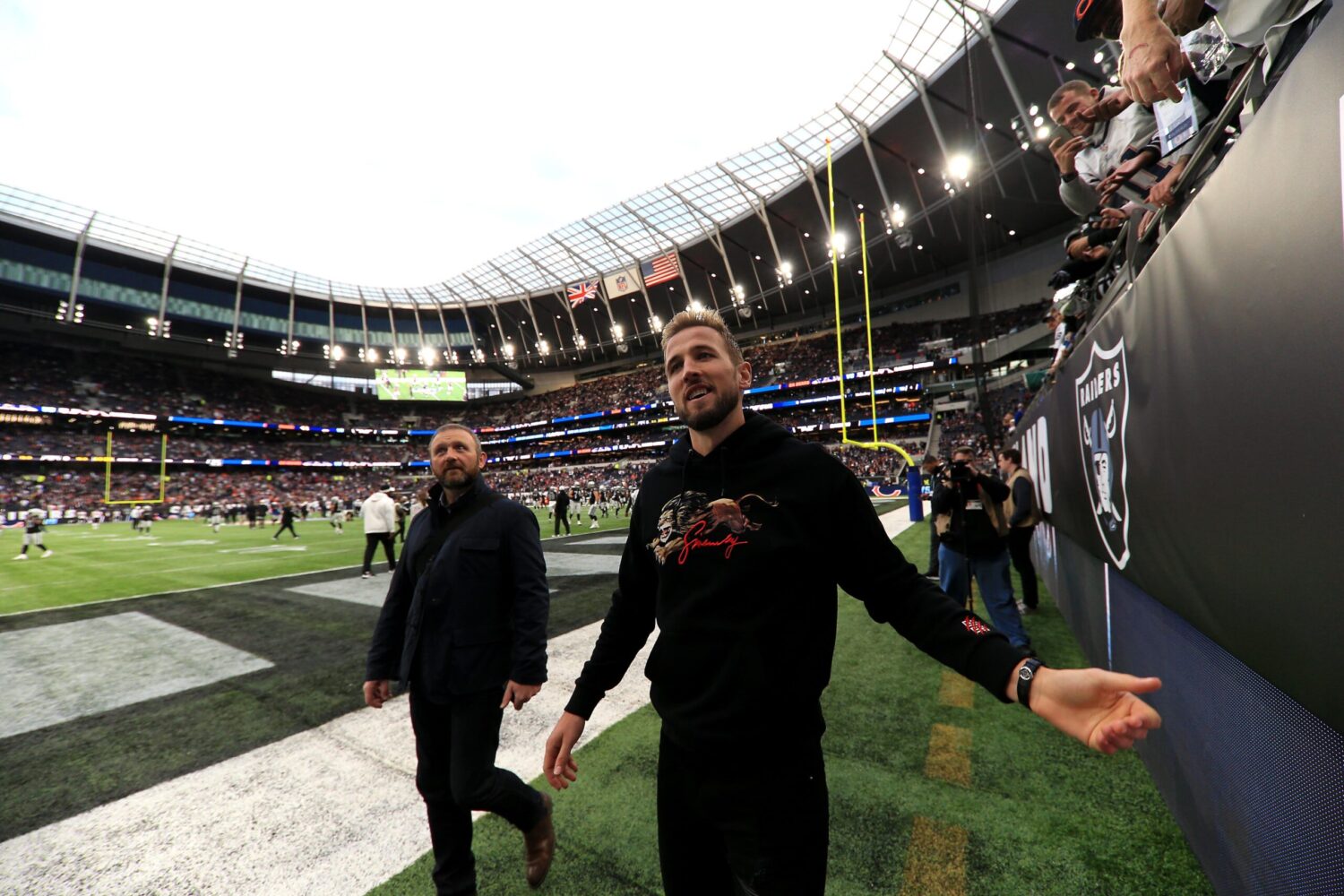 Amidst the hype surrounding Super Bowl LV, Harry Kane has reignited talks of a potential future career in the NFL.

The Spurs striker has previously spoken about the possibility of making the jump when his footballing career comes to an end, and it seems the idea could still be part of his plans.

In conversation with Texans defensive lineman J.J. Watt, Kane opened up on his goal of becoming a kicker in the league.

Tottenham fans need not panic just yet though, as the England captain also emphasised that right now he’s still very much focused on his current sport.

“I would like to explore that opportunity one day but I’m still thinking about soccer first,” Kane said.

A future career for Kane?

He went on to discuss how he felt that his ability to handle high-pressure situations would hopefully translate to those that come with being an NFL kicker.

“I know it would take a lot of hard work and dedication to go out and do it. There will be a lot of training and a lot of practicing… I guess it all comes down to who can handle the pressure the best.

“The more I watch it the more I see it. In the big situations, a lot of the time the game goes down to a last minute or last second field goal. I’d like to think my experience with dealing with that in soccer would put me at an advantage.”

Kane’s potential career path became public a couple of years back, when he told ESPN that the idea was “Something that in 10 or 12 years I definitely want to try. It goes back to that drive to be the best.”

“Even if I download a game on my phone, can I be the best in the world? If you play in the Premier League and the World Cup and you then play in the NFL, would you then be considered one of the greatest sportsmen ever?”

Where can I watch the Super Bowl?