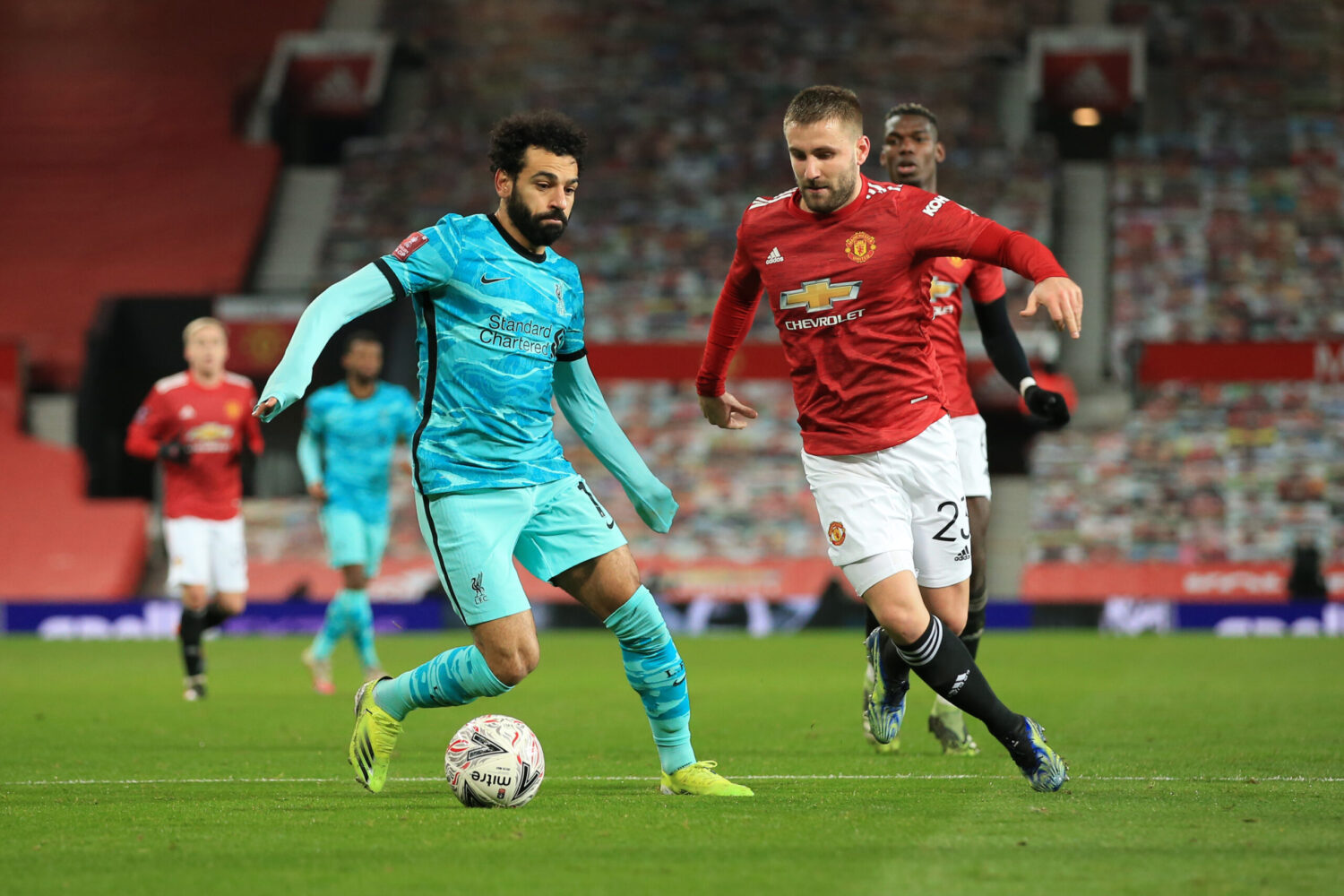 Luke Shaw is in the form of his life, becoming an integral part of United’s attacking force while putting in consistently strong defensive performances.

Things could have gone very differently for the defender this season with the arrival of Alex Telles. However the competition has pushed Shaw to a new level, becoming arguably the most in-form left back in the Premier League.

Over on Twitter, UtdArena has broken down the 25-year-old’s recent performances, highlighting just how good he’s actually been over the last few months.

This thread will delve into Luke’s improvement as a player but, in particular, some of his impressive qualities that make him an incredibly valuable for us.

I have focused on his offensive qualities for this thread as that is the area criticised most — especially by myself.

The thread not only explores Shaw’s more advanced positioning, no doubt aided by an all-round more threatening United side, but shows how productive he’s been once getting into those positions.

However, it’s all fine to say he’s positioning himself higher up the pitch but the real question is: “What does he do there?”

His understanding with Marcus Rashford down the left has been a key component in United attacks, and the quality of his final ball has made him a focal point when picking opposing teams apart.

Specifically, he is quite robotic in the zones he moves the ball into. Some might wonder whether this makes him predictable. Well, no as his repertoire is vast, making it difficult for the opponent to read him. Yet, it’s easier for his teammates to read him due to chemistry. pic.twitter.com/vYb6J6ClbK

This, again, is all good but the question now becomes: “Is he truly more proactive and progressive or is it just that he’s proactive at times and the above are just those specific times?”

The incredibly detailed thread also explains how Shaw has become a reliable outlet in terms of accurate progressive passing.

He’s acquired the “give it to him” status which is such a massive thing for a FB. pic.twitter.com/6fDfOO1tsE

That understanding with Rashford is also put under the microscope. His variation when it comes to underlapping and overlapping has been vital to the improvement in his game.

Despite his underlaps being more predominant, he’s also developed a recent overlap this season which he’s added to the list. These are things he didn’t do much of before. Here, he makes a ~40m run right to the byline and was able to beat his man with the cross. pic.twitter.com/RBau9Ipz4H

Yes, they actually have this combination higher up, too! This one occurred in the same game less than 30 minutes later. He plays the ball off to Rashy and then underlaps him to receive it back in a high-value zone. He’s starting to do this much more now. pic.twitter.com/U23dhaTENo

His defensive awareness has kicked on significantly too, allowing Rashford a “security blanket” when being pressed, allowing his side to keep possession and reset

Luke’s ability to trap the ball under pressure, process space and time, manipulate the ball depending on the opposition and play his way out of trouble is the reason why he’s so valuable to us when we’re building our possession. pic.twitter.com/baW7F5aHEL

His prolonged period of form has been a welcome sight given his unfortunate history of injuries. So much so that a call-up back to the England squad ahead of the Euros seems inevitable.