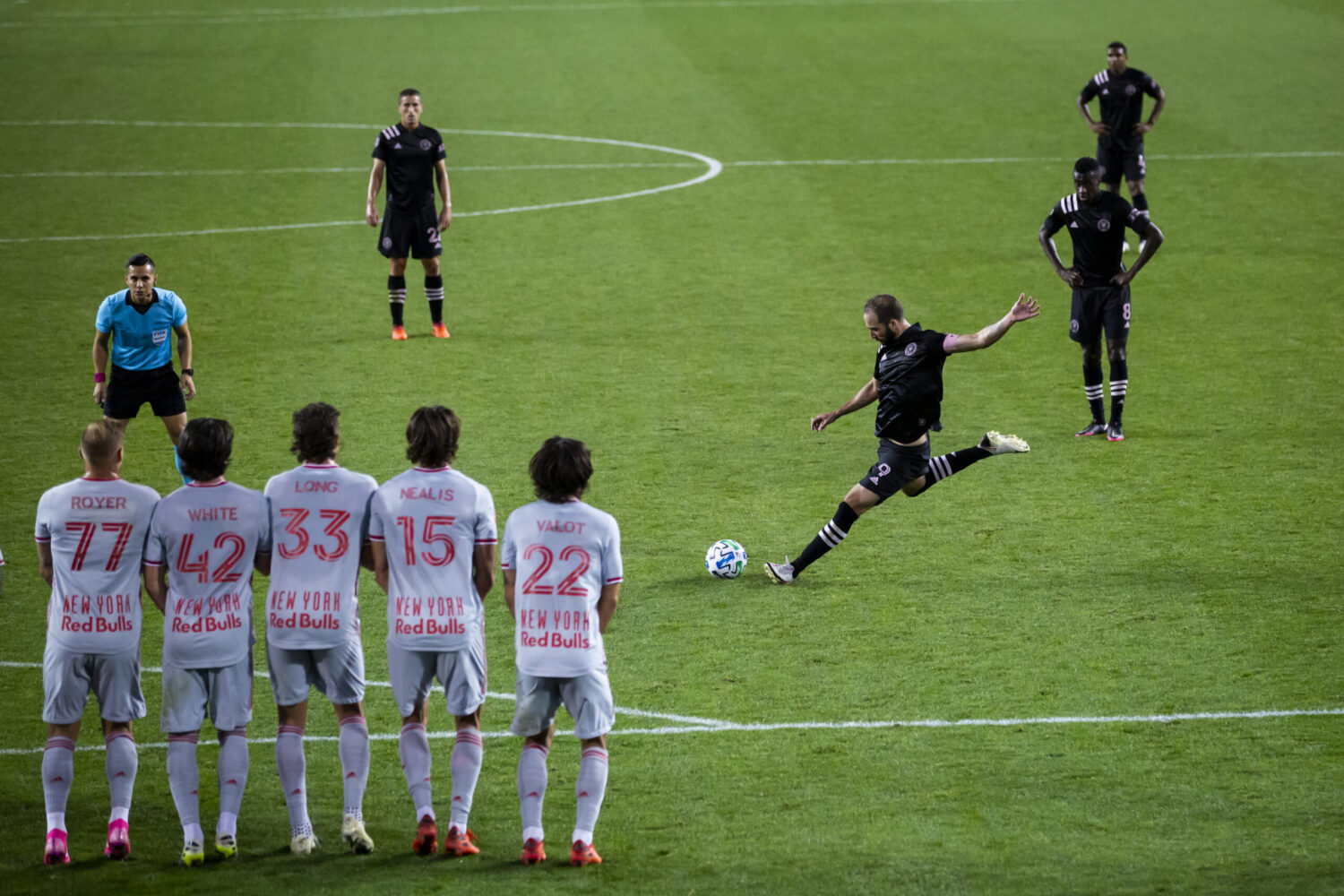 Gonzalo Higuain opened his goalscoring account in the States in sublime style, with a thunderous free kick against New York Red Bulls.

Higuain’s free kick proved to be the difference between both sides, as Miami sealed a 2-1 victory to keep their hopes of a play-off spot alive.

The POWER, the BEND, the PRECISION! ☄️

Inter Miami occupy 12th place on 14 points, four points behind Nashville who sit in the final play-off spot, with seven games remaining Beckham will be hoping his new project are able to secure play-off status in their debut season.

The 32-year-old will certainly be glad to put his nightmare debut behind him, in which he blazed a penalty over the bar before being finding himself surrounded by Philadelphia Union players.