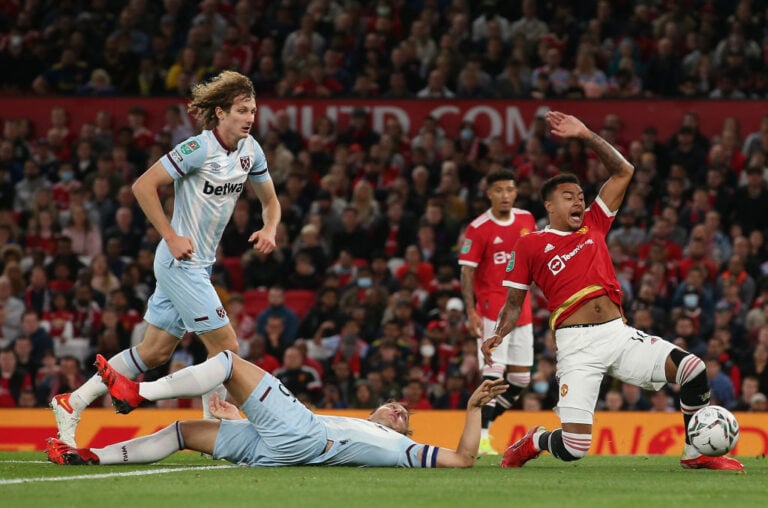 Mark Noble has claimed he had words with Jesse Lingard during West Ham’s Carabao Cup win over Man United.

The Hammers captain admitted post-game that he was not happy with the way Lingard threw himself to the floor and he told the Red Devils attacker as much.

There were rumours that David Moyes wanted to sign the England playmaker on a permanent contract but he was ultimately unable to.

Man United beat the Irons on Sunday, with Lingard getting on the scoresheet in a 2-1 win.

However, during the Carabao Cup, it was West Ham beat the northwest side, with Manuel Lanzini’s single goal inside nine minutes being the difference.

And during the encounter Noble pulled Lingard up on his diving.

The West Ham captain said via Sky Sports: “That’s football, he dived and I told him off for screaming, funnily enough he didn’t really do it at our place but he does it here!”

“We had a laugh on the pitch today, I love Jesse. He’s a great character and I’m so pleased he’s come here and getting his chance. He’s scored some fantastic goals obviously the one against us was hurtful, he’s a great lad and he deserves everything he gets,” he added.

After the game, Stuart Pearce led the post-match press conference. He said via Football.London: “We were disappointed on the weekend. United are an outstanding team and we are just aspiring to challenge the likes of United but the way our manager has got the lads going is a credit to him.

“There is competition for places here now. We take each game as it comes and attempt to win each game so the amount of games we have does not faze us.”