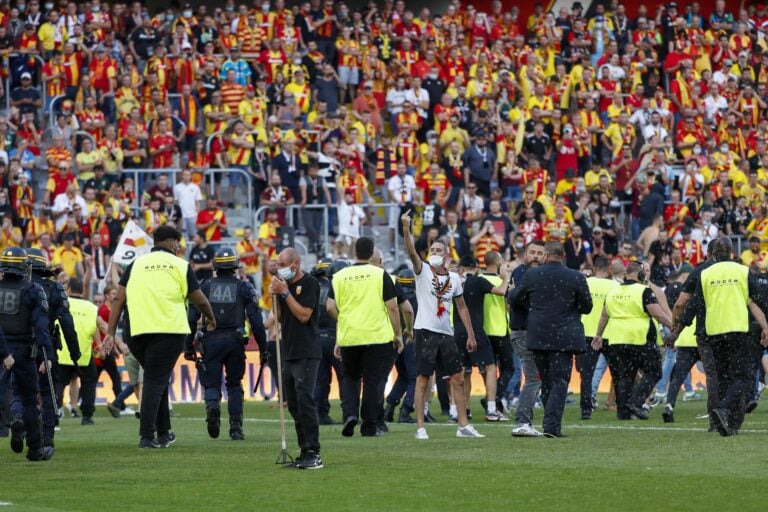 A Lille supporter is reportedly set to be prosecuted for “sexual exhibition” during a Ligue 1 clash with rivals Lens.

According to French outlet La Voix du Nord (via Get France Football News), the crime leads to a one-year prison sentence and a €15,000 fine according to the French penal code.

The same source also states that the fan was “pictured exposing himself to one of the home stands, which included various families”.

The game in question finished 1-0 to Lens. Przemyslaw Frankowski got on the scoresheet for the hosts for his third goal of the season.

It was marred by crowd trouble throughout, with the French League (LFP) disciplinary committee having met on Monday to discuss solutions.

Sky Sports reported that objects were thrown between opposing supporters.

Some of the home spectators entered the pitch from one of the stands and stormed towards the Lille section of the ground, which resulted in the match between temporarily halted and riot police being called.

The game was delayed for 90 minutes before eventually getting back underway to a completion.

It was announced by the LFP that Lens will play their next two games, against Strasbourg and Reims, behind closed doors. Lille supporters, meanwhile, are barred from attending their side’s next away game, which is against Strasbourg.

The disciplinary committee will meet again on October 6 to determine a final punishment on the club.

The LFP said in an official statement: “In view of the serious excesses and incidents that occurred during the RC Lens – LOSC Lille meeting (6th day of Ligue 1 Uber Eats) the LFP Disciplinary Committee decided to put the case under investigation and pronounces as a precautionary measure the following two measures:

“Decisions will be made at the end of the session on Wednesday, October 6, 2021 during which the instructor will submit his report.”