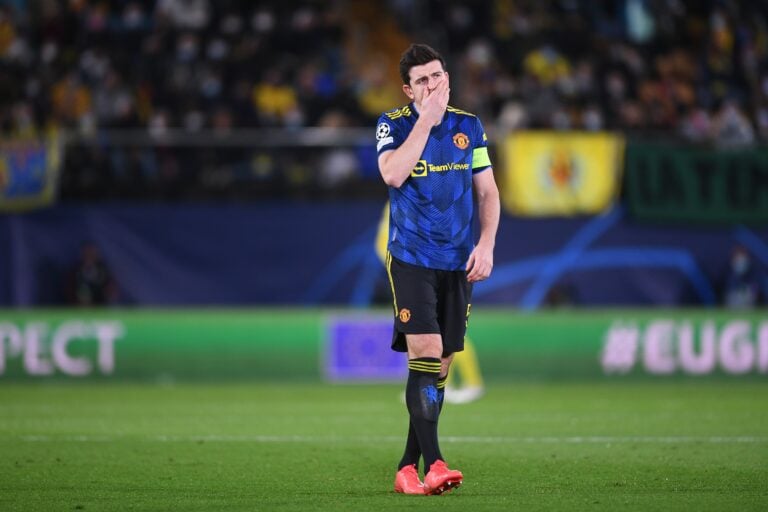 The Dutchman was on Champions League punditry duty for Dutch TV station Ziggo Sport this week. He carried out a barrage of criticism towards Maguire, and questioned why United paid £80 million for the centre back in 2019.

He said: “I talk about Harry Maguire so much, so I try to avoid him. But he is really s**t. I have said this so often.”

“I can’t get away from the fact that United have paid €90m for him. That’s how much he cost! Where did they look for him? You’ll find players like him at any amateur club in Holland. I think it is unbelievable. He’s no top class defender – and he demonstrates this every week.”

This isn’t the first time van der Vaart has reserved critical words for Maguire and his performances. Let’s take a look at the other occasions:

At that time, he also questioned why United paid such a hefty fee for the defender. In addition, he criticised Maguire’s performance at that summer’s Nations League finals, when England lost 3-1 to the Netherlands in the semi-final.

He said: “It’s funny because we [Netherlands] were in the Nations League against England.”

“I was working for the Dutch television, and I remember we were saying: ‘Harry Maguire… he was by far the worst player on the pitch’. And then two months later, £80 million. Unbelievable.”

Just two months after the above comments, van der Vaart was again critical of Maguire.

Speaking on Ziggo Sport (quotes via The Independent), he said: “When I watch an amateur game on Sunday, I see three players like him. I’m serious.”

“It may sound silly, but he will not hear it anyway. After all, we’re talking about a €90 million transfer here. Then [Virgil] van Dijk is worth about €300 million.”

Van der Vaart was taking part in a show on Ziggo Sport when the topic of Maguire came up again in August 2020 – and he once again slammed the defender after he was nutmegged during a Premier League fixture against Bournemouth.

He astonishingly claimed (quotes via talkSPORT): “I think Maguire goes home every day and tells his wife: ‘I screw up, but I earn so much. They really believe I’m good’. I really think so, he laughs at everyone.”

As you can see, there have been several occasions in which van der Vaart has directed harsh criticism at Maguire.

Most of the time, the Dutchman’s strong words are aimed at the size of Maguire’s transfer fee. When United paid £80 million for his services, they acquired him for a record fee for an English player.

There have been times when Maguire has struggled for form at United. But he put in some excellent performances last season in captaining the club to second place in the Premier League.

He’s also an England regular and a dependable option for Gareth Southgate in the heart of the defence. It can be argued that Maguire’s return to the side after injury coincided with an upturn in performances last year. He also helped England to the Euro 2020 final, and impressed during the tournament.

At the moment, United are going through a difficult spell with a series of poor performances. But when a new manager does come in, there is an opportunity for them to find their best form once again.