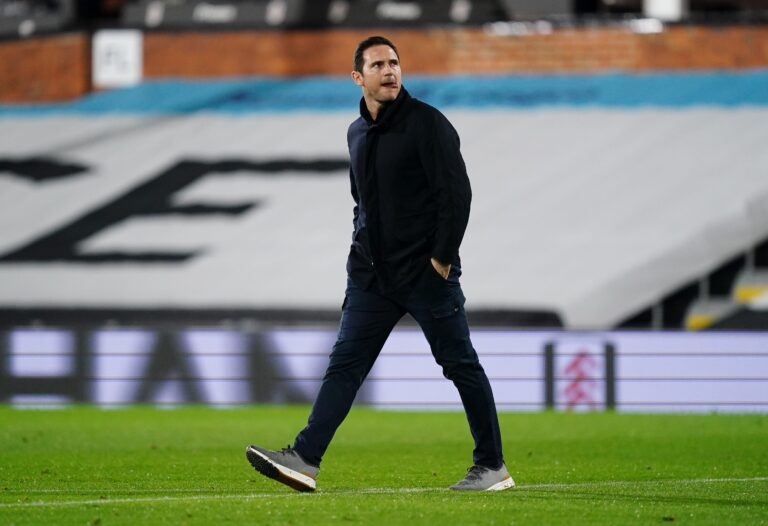 Chelsea legend Frank Lampard has revealed the toughest opponent he ever played against during his professional career.

Lampard spent most of his career with Chelsea. He signed for the Blues in 2001 and remained there until 2014.

The midfielder scored over 150 Premier League goals for the club, and was named in the PFA Team of the Year on three occasions.

He won 13 trophies at Chelsea, including the 2011/12 Champions League. Lampard captained the side in the final against Bayern Munich and scored his spot-kick in the penalty shootout after the game ended 1-1 after extra time.

His success with Chelsea meant that he came up against some of the world’s best players during his career. But who was his most formidable opponent?

Speaking in an interview with Gary Neville on The Overlap, Lampard said that former Barcelona midfielder Andres Iniesta was his toughest ever opponent.

He explained: “Not many midfield players who play in that central area wanted to take you on so much. They want to pass, they could run.”

“I’ve played with great players, Stevie [Gerrard], physically brilliant, but some of the times, [Iniesta] would open up on you and he could take you either way and then you couldn’t get near him.”

Read: Will Xavi bring Andres Iniesta back to Barcelona?

“Him and Xavi when they played in that [Barcelona] team were something else.”

What did Lampard and Iniesta achieve during their careers?

Lampard and Iniesta were two of the finest midfield players of their generation. Both contributed considerably to both their club and national sides.

The Spaniard won the World Cup with his country in 2010 and the European Championships in 2008 and 2012. Lampard never achieved international silverware, but he did captain his country on several occasions. He also amassed 29 goals for England between 2003 and 2013.

In addition to his 13 domestic and European trophies with Chelsea, Lampard was also named the FWA Footballer of the Year in 2005. He scored 13 goals in 38 appearances in 2004/05 as Jose Mourinho’s side lifted their first Premier League title.

At Barca, Iniesta won 30 trophies during his 16-year career in the senior team. He was named in FIFA’s FIFPro World XI nine times and the UEFA Team of the Year on six occasions.

Lampard and Iniesta faced each other in a number of different matches. Perhaps the two most notable games involved the latter stages of the Champions League – and each resulted in a different outcome for their respective sides.

In 2009, Barcelona won a semi-final tie on away goals after a controversial 1-1 draw at Stamford Bridge in the second leg. Iniesta scored the winning goal in stoppage time with 10-man Barca’s first shot on target in a game that saw Chelsea have several penalty appeals turned down.

Three years later, the Blues pulled off their own aggregate victory at the home of their Spanish opponents. Goals from Ramires and Fernando Torres sealed a 3-3 away goals victory and a place in the final for Roberto di Matteo’s side – which they would win over Bayern Munich via a penalty shootout.