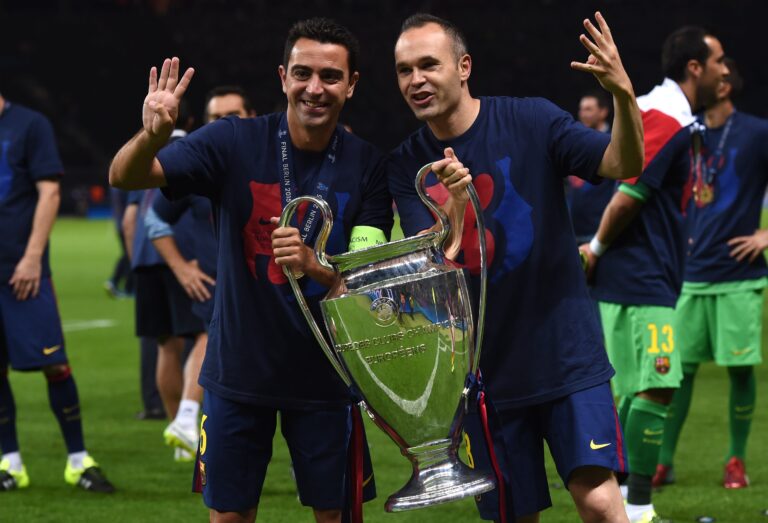 The news many Barcelona fans had been awaiting arrived this morning when Al Sadd announced that the clubs had reached an agreement for Xavi Hernandez to manage his former club.

Immediately after the sacking of Ronald Koeman last month, the favourite was legendary midfielder Xavi. It will be a move that will surely delight Barca fans, who adore Xavi for his accomplishments at the club as a player.

It’s clear that he has quite a job on his hands to turn around the club’s current position. They sit ninth in La Liga and currently look like they will scrape through the Champions League group stages. Barca are second in their group with six points from four games.

With a young squad at his disposal, one of Xavi’s great advantages going into the job is that he is a La Masia graduate.

So too is Andres Iniesta, a good friend of Xavi and his long-time teammate. Iniesta is currently still playing professional football, but a return to Barcelona down the line may not be out of the question.

Let’s take a look at whether he could make a move back to Barcelona and what he has said about the possibility in the past:

Why Iniesta returning to Barcelona could be a good idea

One area Barcelona are currently lacking in – particularly in midfield and attacking areas – is experience.

While Pedri, Frenkie de Jong and Ansu Fati have the potential to be world superstars, they lack the experience of winning major trophies. And although Barca are not in that position at the moment, winning is always the aim.

Alongside team captain Sergio Busquets, the trio of Busquets/Xavi/Iniesta could reunite at Barca. With Busquets still playing at a high level, Iniesta could maybe take on more of a behind-the-scenes role to guide the club’s young players and drive them forwards.

Could Iniesta return as a coach?

Another possibility for Iniesta would be to transition into a coaching role eventually. He could work alongside his best friend and former midfield partner.

The Spaniard has said he would like to work towards his coaching badges when he retires. In addition, he wants to return to Barca eventually – but doesn’t know in which capacity.

Speaking about whether he could return as a coach, he told Goal last month (via Sport): “It’s not where I see myself, but whatever happens, if the moment came, I’d consider it.”

“What I can tell you is that I’d love to return to Barca. That is very clear. There are days you think you want to coach, others no, I don’t know. Playing right now, it’s hard to visualise anything else.”

“It’s true that I have to think about [coaching] and see what the possibilities are. What I would like to do, and I think I will, is get my badges.”

What did Xavi and Andres Iniesta win at Barcelona?

The careers of Xavi and Andres Iniesta in Barcelona’s senior team spanned a combined 33 years.

Together, they won four Champions League titles. In addition, they won seven La Liga titles whilst in the same team.

On an individual level, Iniesta was named in the FIFA FIFPro World XI on nine occasions – in each year between 2009 and 2017. He starred in the third Ballon d’Or Dream Team in 2020, comprised of some of the world’s best footballers.

Xavi, meanwhile, was voted into the first Ballon d’Or Dream Team – the best XI of players to ever play the game. He finished in third place in the Ballon d’Or rankings for three consecutive years between 2009 and 2011. The midfielder featured in the FIFPro World XI on six successive occasions between 2008 and 2013.

Where does Andres Iniesta currently play?

He has played for the club since departing Barcelona in 2018. The 37-year-old signed a two-year contract extension with them back in May.

Upon signing the deal, he said (via Kyodo News): “I’m still very motivated to continue this project. I had a strong feeling when I came here three years ago, and I still have that same feeling now.”