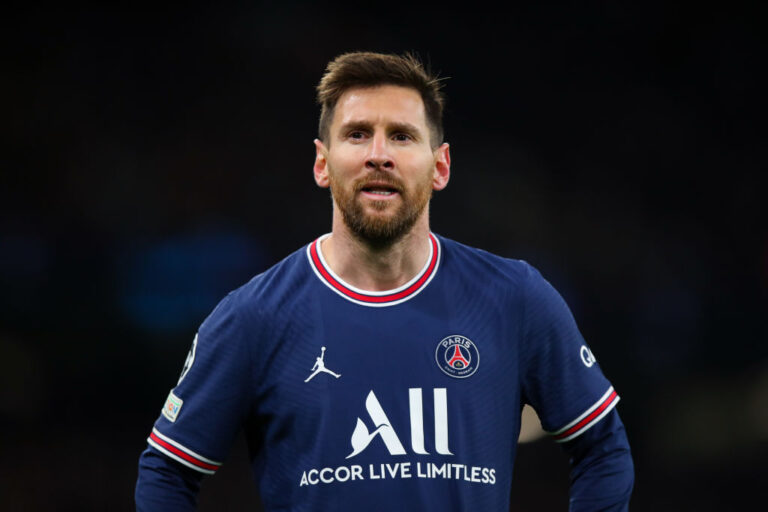 Messi’s side suffered a 2-1 defeat at the hands of a dominant Manchester City. The Argentinian offered little during the game and was awarded a disappointing 4/10 by L’Equipe for his contribution. They added that the six-time Ballon d’Or winner ought to have worked harder to help build his team’s play.

Pep Guardiola’s men contained the legend, who ultimately didn’t perform anywhere near his brilliant best. However, this isn’t the only match that the 34-year-old has struggled in this season, having only bagged one goal in this campaign.

His performances and indeed his attitude have resulted in harsh criticism from the former Dutch midfield maestro.

What did he have to say?

The 38-year-old was full of criticism for the forward, with whom he is deeply disappointed. He believes that Messi’s attitude is his main weakness.

Van der Vaart’s sense of appreciation for the Argentian has decreased, whilst his admiration for Messi’s Portuguese counterpart, Cristiano Ronaldo, has been rising. In an appearance on Dutch TV, van der Vaart gave his unfiltered opinion.

He said: “It makes me sad. It’s a question of desire. Does he want it or not? When you compare him to Cristiano Ronaldo, one is fighting to take his team to the next level – and one isn’t. Messi walks now and then. I look at him and think, ‘Aren’t you ashamed? I’m just getting annoyed with him. It already started a bit with Ronald Koeman [at Barcelona]. It was a refusal to work, which is not normal for such a player. And that’s a shame because a player like this will never be born again.”

Messi and Ronaldo will forever be linked as the two greatest players of our generation. Many perceived CR7 to have the superior athleticism of the two, whilst others claimed that Messi had the superior talent.

Ultimately for most, however, the Manchester United man was ever so slightly behind his rival. However, the pendulum has swung back in recent times in favour of the Portuguese sensation.

Ronaldo has conquered three of the toughest leagues on the planet; Messi has less experience out of his comfort zone. In the summer, the ‘Atomic Flee’ finally left La Liga for Ligue 1. Yet his performances have been of a sub-par standard in the early part of the campaign.

Fans will have to wait to see if the footballing icon can adapt his skills to a different style of play.

Have Messi and van der Vaart ever met on the pitch?

Perhaps the Dutchman is so frustrated with Messi because he knows first-hand just how amazing he can be.

The pair may have played in separate leagues for most of their careers, but there was a short crossover in which the two men exchanged their skills. Between 2008-2010, Van der Vaart played his football at the Bernabéu. Messi was, of course, at Barca.

They also went head-to-head in a 2006 World Cup Group game, which ended 0-0. At the championships, Messi, who showed glimmers of his future best, broke the record for the youngest ever player to represent his country at the tournament.

Although his start to the season has been underwhelming, football fans around the globe hope for better things to come. The 34-year-old has a remarkable talent level, and it’s only a matter of time until he shows it.