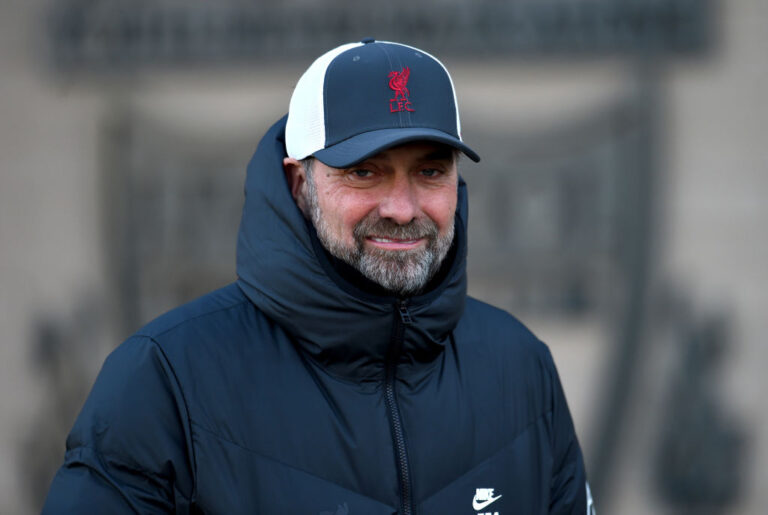 Liverpool boss Jurgen Klopp is one of the best managers on the planet – and an admirer of the potential new Manchester United interim manager Ralf Rangnick.

German coaches are a valued commodity in modern football, and some of the most successful were mentored by Rangnick. Klopp, Chelsea‘s Thomas Tuchel and Bayern Munich‘s Julian Nagelsmann were all influenced by their compatriot.

At the beginning of last season, seven of the 18 Bundesliga clubs were managed by individuals who had spent time under the 63-year-old’s wing. His iconic playing style has spread, in varied forms, all over Europe to Ligue 1, the Eredivisie and, of course, the Premier League.

When Klopp and Ralf Rangnick collide on March 19 in the Premier League, it will be Liverpool’s head coach who will be seeking redemption.

In an interview with ESPN, Rangnick recounted his memories of the last time the two heavyweights of the coaching game faced off.

He said: “What we did in Hoffenheim had a lot of influence on German football. In our first year in the Bundesliga in 2008, we played Borussia Dortmund under Jurgen Klopp. We dominated them 4-1.”

“It could easily have been six or seven because we continuously pressed them for the entire game. The following week Jurgen said that this is exactly the style of football he wants to play with Dortmund.”

“During the next two years, he developed his team in such an impressive manner that they managed to win two consecutive championship titles and two cups.”

The match in question will have been difficult for Klopp, but it may well have been a blessing in disguise. He went on to win the Bundesliga twice. He also translated that success overseas. During his incredible tenure with Liverpool, he has taken them to their first-ever Premier League title and their sixth Champions League.

There aren’t many who doubt the new Manchester United interim boss’s abilities. But if there are any, Klopp’s opinion will surely convince them otherwise.

The Liverpool boss says that Rangnick’s expected arrival at United is “not good news” for the other clubs.

According to Sport 1 chief reporter Patrick Berger, Lokomotiv Moscow have agreed to let Rangnick go to United. He claims that the former player will probably sign his contract on Monday and be in charge of the club’s Premier League fixture against Arsenal on Saturday.

The Red Devils have selected Rangnick to take over as interim manager until the end of the season. This has pleased United fans who believe that the 63-year-old’s long-term vision will be highly beneficial to their struggling club.

If the Old Trafford faithful weren’t already bouncing off the walls with excitement for their big grudge match with Arsenal, then they certainly are now.

The Red Devils have had a considerable fall from grace since Sir Alex Ferguson departed in 2013. None of his successors could match up to his excellent standards.

However, with the appointment of Rangnick, there’s an enormous sense of optimism within the Theatre of Dreams. Many fans feel that the 63-year-old is the right man to captain the ship through the fearsome tide and guide them back to dry land again.