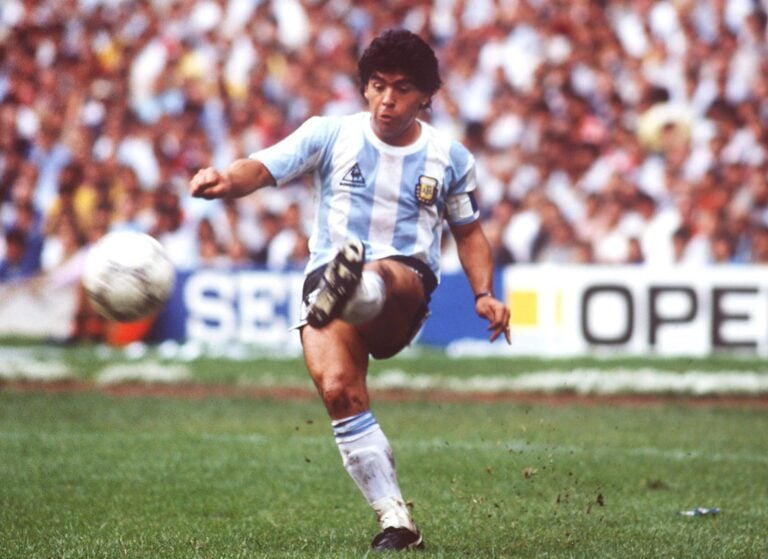 River Plate paid a brilliant tribute to Argentina legend Diego Maradona on the first anniversary of his death.

Maradona passed away aged 60, on November 25, 2020, after suffering a heart attack. Tributes immediately poured in for the forward from around the footballing world.

Before their match against Racing Club, River Plate paid tribute to a player who was, at one point, their fierce rival.

The entire Estadio Monumental stadium stood and applauded for Maradona before the game got underway. In addition, all 22 players stood to form a ’10’ shape in the centre circle – the number Maradona famously wore throughout his career.

River Plate went on to secure an emphatic 4-0 victory over their opponents yesterday. Forward Braian Romero scored twice, while Julian Alvarez and Agustin Palavecino also got the scoresheet.

The win ensured that Marcelo Gallardo’s side claimed the league title with three games to spare. They have lost just two games all season. In addition, they are 12 points clear of second-placed Defensa y Justica.

Meanwhile, Diego Maradona’s former club Napoli remembered him on the first anniversary of his passing with a flare display.

Furthermore, it was reported by Corriere dello Sport that the club would erect a statue of Maradona outside its ground.

Maradona spent his prime years with Napoli. He guided them to two Serie A titles, one UEFA Cup and a Coppa Italia trophy between 1984 and 1991.

On the international stage, he won the 1986 World Cup with Argentina. In 1999, he was elected as the second-best Football Player of the Century by France Football – a vote conducted by Ballon d’Or winners.