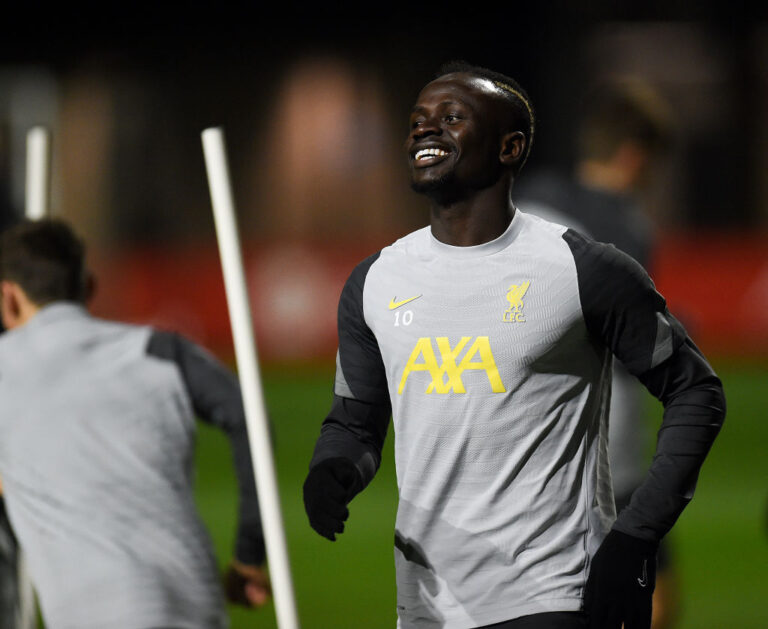 There are few players that Liverpool fans adore as much as Sadio Mane.

The Senegalese star moved to Anfield from Southampton in 2016, and since then, he’s become a club legend, scoring 106 goals in 235 games.

Beyond the numbers of his game, Mane is a joy to watch.

He has dancing feet that bamboozle defenders on his best days. Most Liverpool supporters would jump at the chance to meet a man who has given them so many great memories over the years.

With that in mind, let’s spare a thought for a young Liverpool fan who missed the perfect opportunity to shake the attacker’s hand.

Sadio Mane is a practising Muslim who regularly attends mosques in Liverpool. By all accounts, he does this without fans bothering him. However, Mane, a magnanimous figure, is known to stop for photos with Reds.

One nearby fan was lucky enough to chat with Mane and saw an opportunity to teach his brother a lesson. To do so, he would need Mane’s help, and the forward obliged. Speaking to the camera, Mane playfully told the brother that they would have met if he weren’t lazy and had come to the mosque. Instead, he missed out.

What lesson did Sadio Mane teach?

It could be: Don’t be lazy. Or maybe it’s to listen to your elders. The recipient of the message has probably come up with a bunch to take away from this experience. Racked with regret, tormented by worry. Poor fellow.

The next time that kid gets invited somewhere he doesn’t want to go, he’ll worry that Mane may appear there; that a video message will arrive telling him he should have accepted the invitation to the cinema to see a bad romcom.

‘Hello, my friend, if you had gone with that guy in your class that you kind of know to see Marry Me, starring Jennifer Lopez and Owen Wilson, then we could have met. Again.’ Mane shakes his head.

‘When will you learn? Huh? How many of these do I have to make?’

These two are ships in the night. Maybe one day, they’ll eventually stop for a chat and give the internet some cathartic content. Mane did promise to sign a ball for the fan, after all, and seemed positive about their eventual meeting. Fingers crossed.