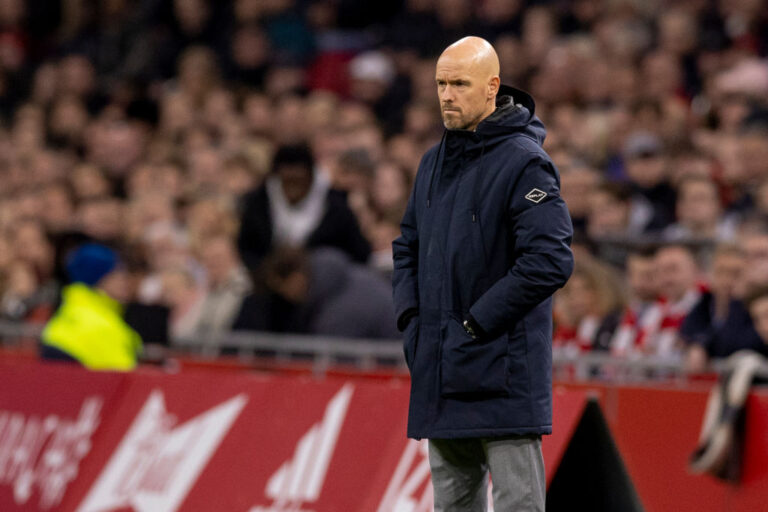 Media reports indicate that Man United will announce that Ralf Rangnick is taking over as interim manager over the weekend. However, fans still want to know if Erik Ten Hag will take over at the end of the season.

The Dutch coach remains under contract at Ajax, where he continues to do a fantastic job. His time in charge of the Eredivisie has been full of highlights, including title wins and Champions League runs. In this campaign, they are top of the league and qualified for the Champions League knockout stages with two games to spare.

This sustained success makes Ten Hag a hot commodity, as does how he’s achieving it. His Ajax side plays fluid, attacking football that pays homage to the core tenets of the club’s philosophy. The prospect of Ten Hag in the dugout excites United fans.

Whether United have directly contacted Ajax and made their intentions regarding Ten Hag clear is unknown. The Daily Mail report that the Premier League club have ‘registered their interest’ in the coach.

The method of this communication is unclear, but it gets across that Ajax are aware of United’s pursuit. Apparently, the club would not stand in Ten Hag’s way should he wish to take an opportunity presented to him.

Does Ten Hag want to go to United?

As committed as Ten Hag is to Ajax, fans could forgive him for finding the United job hard to turn down. Allegedly, he is interested in the position. He would bring his assistant coaches, Mitchell van der Gaag and Michael Reiziger, to Old Trafford with him if he were to take it.

United have a good relationship with Ajax, mainly thanks to the fact that their legendary former goalkeeper Edwin van der Sar is now the Dutch side’s CEO. Van der Sar began his playing career at Ajax, winning the Champions League there in 1995.

Ten Hag has received offers from English clubs in the past. He turned down the Tottenham job last summer in favour of extending his contract with Ajax. United, however, are a different proposition.

The job is by no means Ten Hag’s to turn down, though. United are understood to be considering Mauricio Pochettino for the full-time position. This saga probably has a few more months to run.