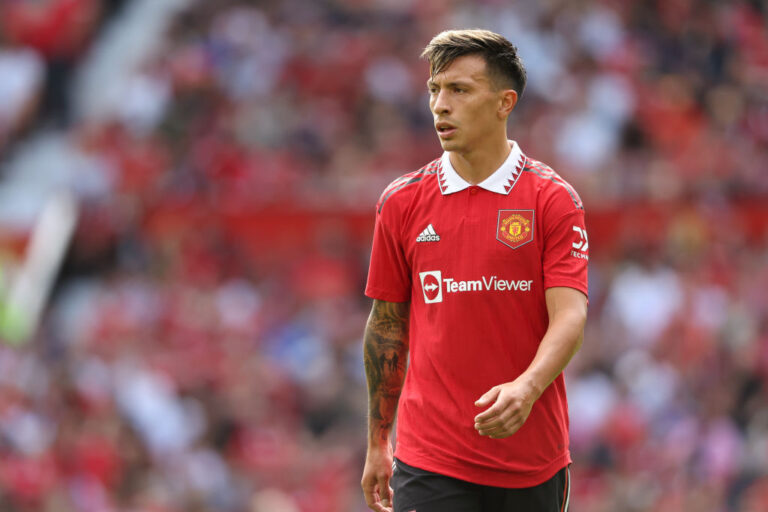 Lisandro Martinez has recently completed a big-money move to Manchester United – but how tall is the centre-back compared to his top peers?

The Argentinian moves to England from Ajax. There, he helped Erik ten Hag‘s side to win the Eredivisie title. Now reunited with his former boss, Martinez will hope for similar success over time at Old Trafford.

Speaking to United’s official website upon signing, he said: “I’ve been lucky enough to be part of successful teams in my career, and that’s what I want to continue at Manchester United.

“There will be a lot of work to get to that moment. But I firmly believe that, under this manager and coaches, and together with my new team-mates, we can do it.”

After finalising his Manchester United move, some fans pointed to Martinez’s lack of height compared to other top Premier League centre-backs.

Martinez stands at 1.75 metres tall (under 5ft 9in). Therefore, that makes him the smallest senior centre-back in the Premier League, according to Transfermarkt.

However, any concerns over his aerial ability will likely be quickly alleviated. That is because, in last season’s Champions League, the centre-back won a higher percentage of aerial duels per game than Harry Maguire and Ruben Dias.

It is also worth noting, meanwhile, that Juventus and Italy legend Fabio Cannavaro stands at 1.76m – just one centimetre taller than the 24-year-old. He also won the Ballon d’Or in 2006.

Anyway, it is still interesting to compare Martinez’s height compared to other top centre-backs. We’re going to do precisely that.

How tall is Lisandro Martinez compared to other top PL centre-backs?

For this list, we’ve used data from Transfermarkt, which gives the estimated heights of Premier League players.

The criteria is based on centre-backs from last season’s top seven sides in the division, who made 25 or more league appearances for their club side.