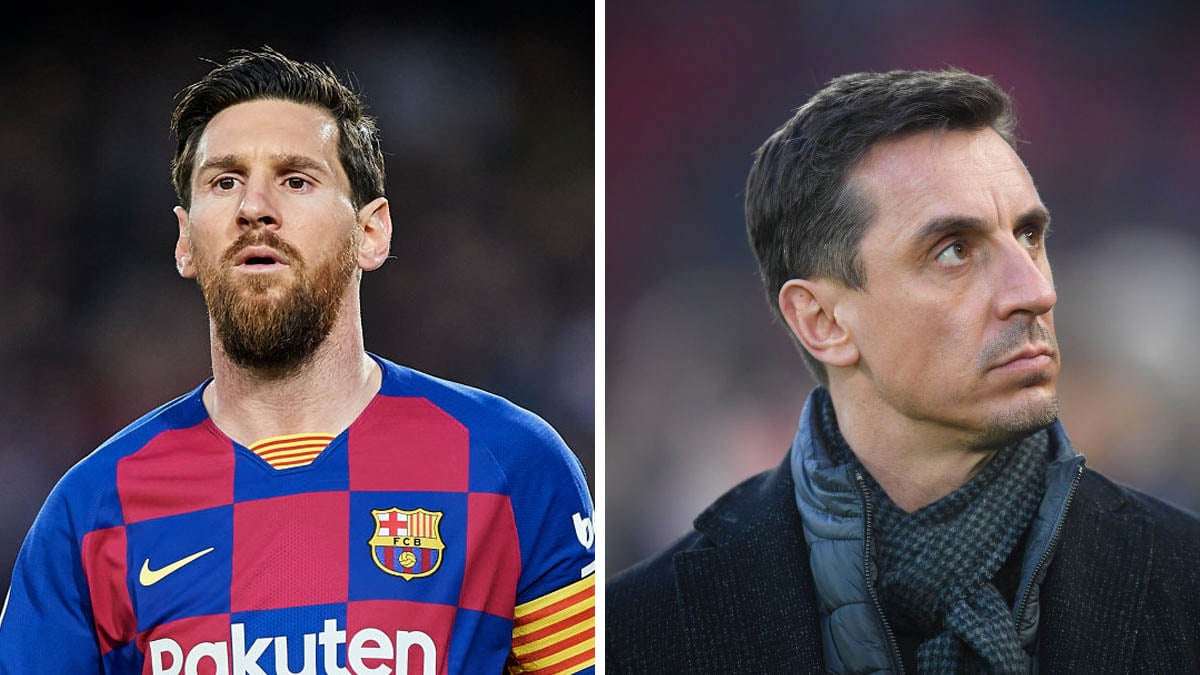 As the globe figures how best way to deal with the coronavirus pandemic, the sporting world has rightfully taken a backseat.

It’s tough to fathom the scale of what we’re dealing with and now more than ever, the whole world must be united in facing this situation and that means working together, being kind and most of all, staying home.

Even in the bleakest of circumstances, we’ve seen the struggle bring out the best in so many people and organisations.

Here are just a few of the ways the sporting world has chipped to in this fight.

A hospital clinic in Barcelona revealed that Messi had donated €500k to them and another medical centre in Argentina.

Ronaldo alongside his agent Jorge Mendes donated an estimated €1m to three hospitals in Portugal.

The Manchester City manager also donated €1m to a campaign launched by the Angel Soler Daniel Foundation and Medical College of Barcelona.

The Bayern Munich striker donated and his wife Anna have donated €1m..

“Today we’re all playing on the same team. We need to be strong in this fight. If we can help someone, let’s do it. The situation affects all of us so we ask you to follow instructions and listen to those who know best.

Both clubs donated a combined £100,000 to ensure local food banks can continue to operate.

In a joint statement, City and United said: “We are proud of the role our supporters play in helping local food banks and recognise the increased strain likely to be placed on these charities by the impact of coronavirus. We are pleased to come together with our fans to help vulnerable members of society in a City United.”

Both Everton and Liverpool have offered their support for local food banks.

Liverpool have donated £40,000 to Fans Supporting Foodbanks while players and LFC Foundation committed £10,000 per game for the final four home matches of the season to cover the impact of lost matchday collections.

With elderly fans facing the prospect of 12 weeks isolation, Burnley players picked up the phone for a chat with them.

IT'S GOOD TO TALK | Our players are ringing around some of the club's older supporters to help them feel connected.

Next up, it's skipper Ben Mee ?#stayhomesavelives #protecttheNHS #COVID19 pic.twitter.com/1EOucaKn4Z

“At this difficult time, it’s important for us all to do what we can to help,” said captain Ben Mee.

“Trying to keep everyone fit and healthy is the most important thing, but that can lead to other issues such as loneliness and isolation.

“Hopefully this will raise spirits for those getting the calls and those able to watch the clips and it was really nice to speak directly to someone so appreciative of the chance to chat.”

Roger Federer and his wife Mirka donated one million Swiss francs ($1.02 million) “for the most vulnerable families” in Switzerland.

“These are challenging times for everyone and nobody should be left behind,” the tennis icon wrote on social media.

“Our contribution is just a start,” Federer added. “We hope that others might join in supporting more families in need. Together we can overcome this crisis.”

Brighton and Hove Albion have started a campaign to make 100,000 free tickets available to NHS workers across professional football.

Bournemouth quickly joined, Jeff Mostyn, the club’s chairman, said: “We fully appreciate football is the last thing on anyone’s minds at this moment, but we feel this is a small way in which we can show our gratitude for those NHS staff on the frontline, fighting the battle on all of our behalf – and give them something to look forward to.

The Los Angeles Lakers, Clippers, Sacramento Kings, Philadelphia 76ers, San Antonia Spurs among many others have agreed to compensate hourly workers and stadium staff during the NBA season’s hiatus.

The Golden State Warriors also pledged to donate one million dollars to a disaster relief fund.

Pakistan cricket captain has put himself to work by handing out and donating essential items to those most in need in his country.

Day 3 of serving the needy: packs containing disinfectant soap, material, food & a sheet on preventative measures to take to avoid the contraction & spread of #CoronaVirus were included, with advice to stay at home. Let’s pull together & serve others too #DonateKaroNa #HopeNotOut pic.twitter.com/etxR2E1YR5

19-year-old Zion Williamson offered to pay the salaries for the employees of the Smoothie King Center arena in New Orleans.

The people of New Orleans have been incredibly welcoming and supportive since I was Drafted by the Pels last June, and some of the most special people I have met are those who work at smoothie King Center. These are the folks who make our games possible, creating the perfect environment for our fans and everyone involved in the organization. Unfortunately, many of them are still recovering from long term challenges created by Katrina, and now face the economic impact of the postponement of games because of the virus. My mother has always set an example for me about being respectful for others and being grateful for what we have, and so today I am pledging to cover the salaries for all of those Smoothie King Center workers for the next 30 days. This is a small way for me to express my support and appreciation for these wonderful people who have been so great to me and my teammates and hopefully we can all join together to relieve some of the stress and hardship caused by this national health crisis. This is an incredibly resilient city full of some of the most resilient people, but sometimes providing a little extra assistance can make things a little easier for the community.

The Terrace Life released these limited NHS kit mugs, with all profits going to NHS Charities Together.

The most important kit mug we will release this year.

All profits donated to NHS Charities Together.

Personalisation with a name and number available free of charge as always.

Cricket stars Broad and Gurney offered to open up a pub they co-own as a takeaway and village shop, offering a free delivery service to over-70s and NHS workers in the local area.

The Chelsea owner announced that the Stamford Bridge Millennium Hotel was open to accommodate NHS staff for free.

In a statement on the club’s website: “The initiative came from club owner Roman Abramovich and, after contact with the NHS was made by Chairman Bruce Buck, it was decided the best way Chelsea can assist the NHS is to provide accommodation for NHS staff.

“Mr Abramovich will be covering the costs of providing the accommodation.”

Neville announced he would be closing his Hotel Football and Stock Exchange venues, freeing up 176 beds that NHS staff could use for free.

A message from our co-owner Gary Neville. @GNev2 @GG_Hospitality pic.twitter.com/avFn4DxReb

.@NFL family makes initial donations of more than $35 million to provide relief for those impacted by COVID-19. #StayHomeStayStrong