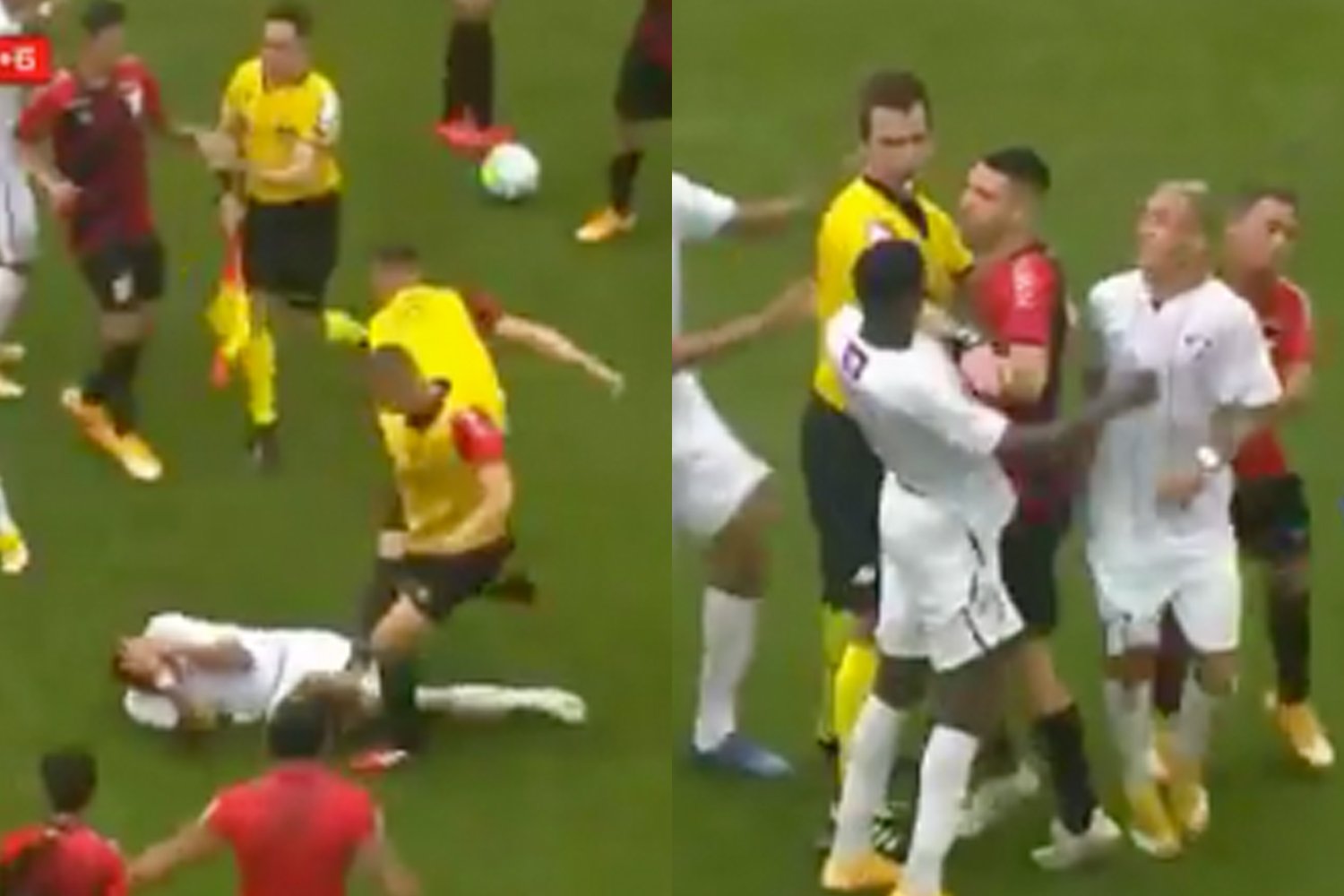 There’s always a lot of tension surrounding a final, no matter what level the game’s at.

That proved beyond true in the game between Fluminense and Athletico Paranaense under 17s, where things quickly descended into chaos.

Nine red cards were dished out after João Neto, a striker for Fluminense took exception to a challenge from Ataíde. The striker’s kick-out was the catalyst for a brawl which featured 20+ players and substitutes – and some generally incredible ugly scenes.

Keep an eye out for the De Jong-style flying kick at eight seconds in….

That match was reportedly held up for ten minutes and ended with each side having just eight players on the field, as some of the sendings off were brandished to substitutes who had gotten involved.

Once things eventually calmed down, Fluminense went on to win the game 2-1, claiming victory in the two-legged final 4-2 on aggregate.

Somehow, we don’t think that’s what the game will be remembered for though…