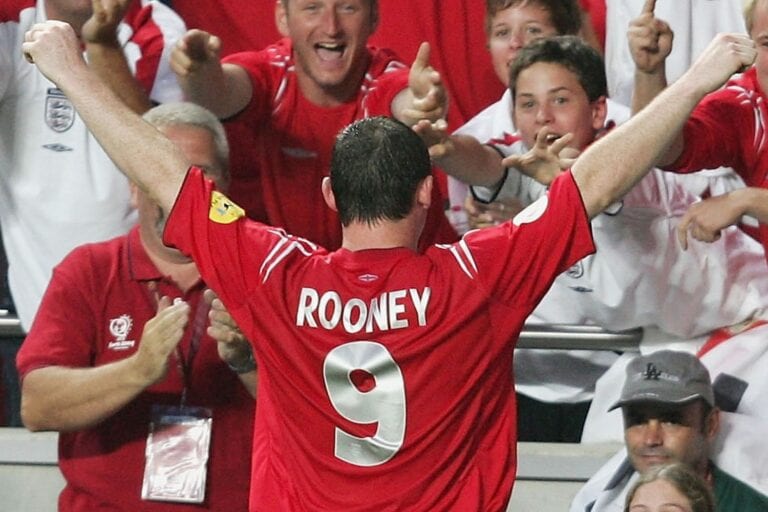 A fantastic compilation of teenage sensation Wayne Rooney from Euro 2004 has gone viral ahead of this summer’s tournament.

While the start to his career in management may not have gone completely to plan thus far, there’s no denying Rooney’s legacy from his playing days.

From his record with England to his long list of trophies during his time with Manchester United, the man known as “Wazza” held the title of English football’s top striker for many years, and is still widely regarded as one of the best forwards to have featured in the Premier League era.

But before all of the success and adulation, his big coming of age party went down on the world stage when he played an integral role in England’s Euro 2004 campaign.

So grab some popcorn, sit back, and enjoy the show.

18-year-old Wayne Rooney at EURO 2004, taking the mick out of Pires, Zidane and others alike.

Sit back and enjoy genius. pic.twitter.com/3ZCx7jecym

At the age of just 18, Rooney was able to control the ball with ease and make decisions far beyond what he should’ve been capable of by that point.

Football ultimately didn’t come home that summer but the stats suggest Rooney was quite easily the stand out man for the Three Lions.

He was voted into the Team of the Tournament, scored four goals in four games, grabbed one assist and was dubbed Man of the Match against France, Switzerland and Croatia.

Rooney went on to finish eighth in the 2004 Ballon d’Or voting, setting him up perfectly to also win the Golden Boy Award.

Then came a transfer to Manchester United and the rest, as they say, is history.

Wayne didn’t win the Euros or the World Cup, alas, if he hadn’t gone off injured during that infamous quarter-final against Portugal, who knows what could’ve happened.

England will commence their Euro 2020 campaign against Croatia on June 13 before further group stage encounters with Scotland and the Czech Republic.