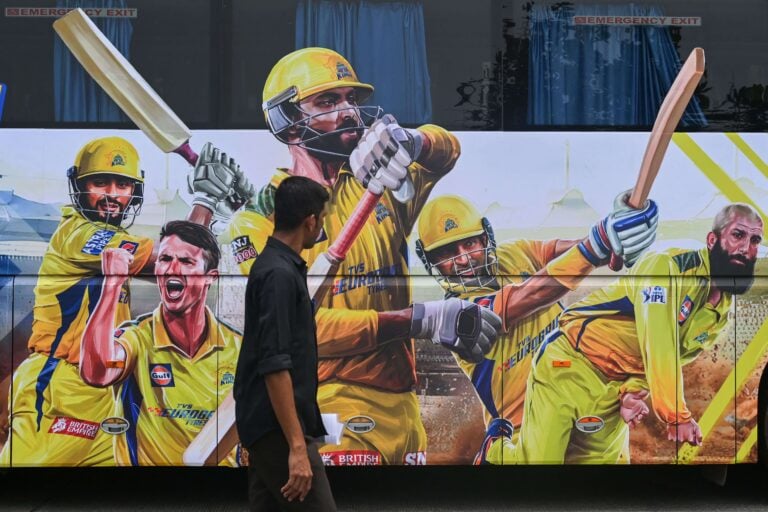 The first game of the 2022 Indian Premier League is almost upon us, with Chennai Super Kings (CSK) taking on Kolkata Knight Riders (KKR). We’ve got everything you need to know about the match, including the UK start time.

The cricketing extravaganza is ready for another year. Many of cricket’s top limited-overs stars will compete for the prized possession – the Indian Premier League trophy.

As is traditional, last season’s champions open up against the runners-up. CSK play host to KKR.

There will be a number of personnel differences for both sides. In addition, each of the two teams has a new captain. England‘s Eoin Morgan was not retained by KKR for this year’s IPL. India icon MS Dhoni, meanwhile, has handed over the CSK captaincy to Ravindra Jadeja.

England all-rounder Moeen Ali will not play in the opener due to visa issues. He has now received a visa, though, and is set to be available for CSK’s second game. If he plays, Chris Jordan will be the sole representative of England in the reigning champions’ playing XI.

Other overseas players for CSK include New Zealand‘s stylish opener Devon Conway and West Indies legend Dwayne Bravo. CSK are known for their solid core of Indian players, with Dhoni, Jadeja, Ambati Rayudu and Ruturaj Gaikwad likely to contribute heavily to any success the franchise may achieve this season.

KKR also have plenty of quality in their squad. They will be captained by Shreyas Iyer, who has emerged as an all-format talent for India over the past year. West Indies star duo Andre Russell and Sunil Narine are expected to be involved, whilst Sam Billings is England’s representative in the squad.

Here’s everything you need to know about the IPL 2022 opener between CSK and KKR, including the start time:

What is the UK start time for CSK vs KKR?

The IPL 2022 opener involving CSK vs KKR has a UK start time of 2pm on Saturday, March 26. The coin toss will take place around half an hour prior to the start time.

How can I watch CSK vs KKR?

The entirety of the 2022 edition of the IPL will be broadcast live on Sky Sports.

As per current scheduling, CSK vs KKR will be shown on Sky Sports Cricket with a programme start time of 1:50pm.

How much will it cost to watch the match?

In order to watch the opening match of the 2022 IPL season, you must have an active Sky Sports or NOW TV subscription.

Users wishing to purchase a NOW TV pass can do so via the NOW TV website. A day membership, giving you access to Sky Sports channels for 24 hours, is available for £11.98. Alternatively, a sports membership costs £20 per month for nine months, and £5 per month once that time period elapses.