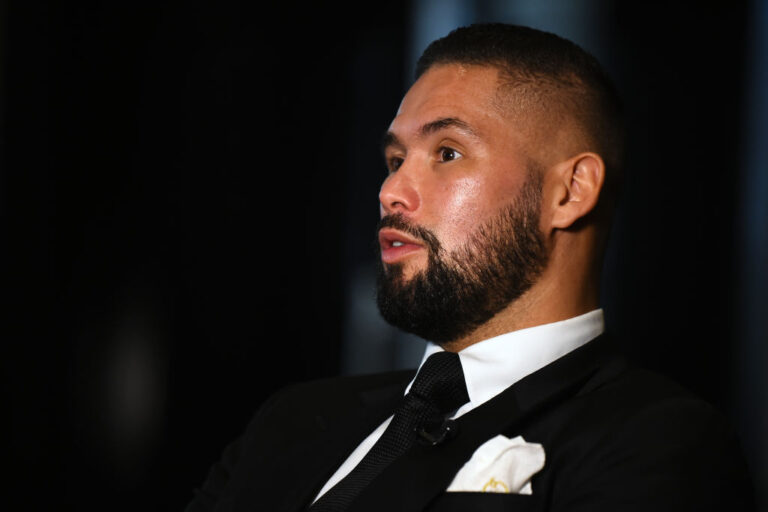 Tony Bellew has given his unfiltered thoughts on the potential rematch between Oleksandr Usyk and Anthony Joshua.

The possibility of the fight happening has gained traction in the last few days after Usyk received permission to leave Ukraine to prepare. Speculation suggested the Ukrainian native may stay to defend his homeland, however he has now left the country to begin his training camp.

Eddie Hearn confirmed that the fight will be going ahead. As per the Daily Mirror, the promoter said that Joshua is “champing at the bit” as he prepares to try and avenge his loss to the Ukrainian in their previous matchup.

The backdrop of the war in Ukraine, and Usyk’s involvement in taking up arms, though, hangs over any potential boxing match.

Hearn keeps close contact with Usyk’s promoter and is confident the fight will happen in June. However, that could all change with the ever-evolving situation in Ukraine.

At the start of March, Usyk joined Kyiv’s resistance force. At the time, he was not sure about his future in boxing.

“I really don’t know when I’m going to be stepping back in the ring.” the World champion told CNN.

“My country and honour are more important to me than a championship belt.”

His brave commitment to defending his homeland was followed by fellow World champion Vasiliy Lomachenko.

In the past week, both boxers were offered the opportunity to resume their respective careers. However, some feel that the potential matchups that the pair are involved in should not be discussed in light of the awful situation in their country.

Tony Bellew is one of the people who believes the Joshua – Usyk rematch should not be talked about.

In an interview, the British boxer shut down any questions regarding the heavyweight battle.

Despite this, he did take the time to express his admiration for Usyk.

“Oleksandr Usyk. What a man, what a person. It’s unbelievable what he’s doing. Standing up to a tyrant, a bully, a horrible f****r, give so much credit to him.

“Its mad, we shouldn’t even be talking about sport when it comes to what’s going on in Ukraine right now, but we have to.